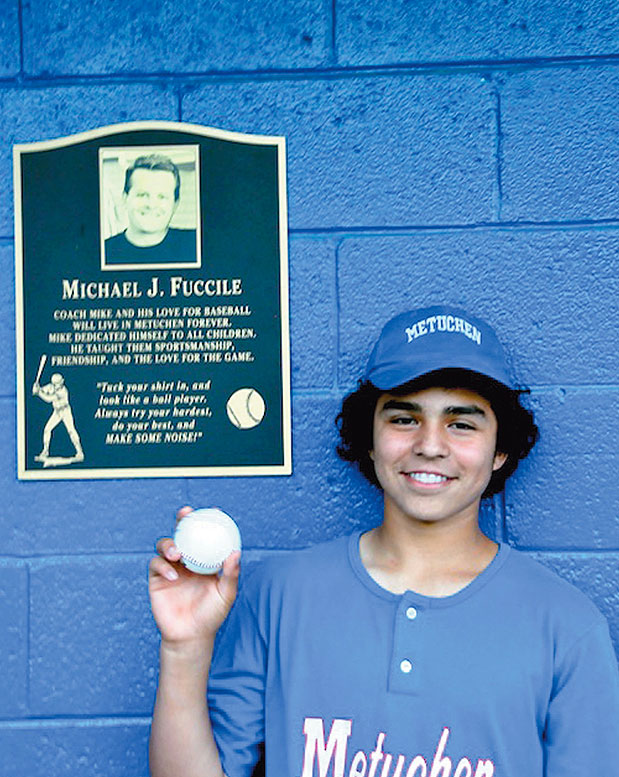 12 year old Nick Johnson has broken the single-season home run record of the Borough’s Little League, hitting 20 in this year’s 20 regular season games, says league officials. The new record includes nine homers in his last five games. Nick, a starting shortstop at the Edgar Middle School where he is a seventh-grader, started playing in the Metuchen Little League since he was 6 years old. In the photo, Nick holds the ball from his 17th home run in front of a plaque honoring the late team manager Mike Fuccile.