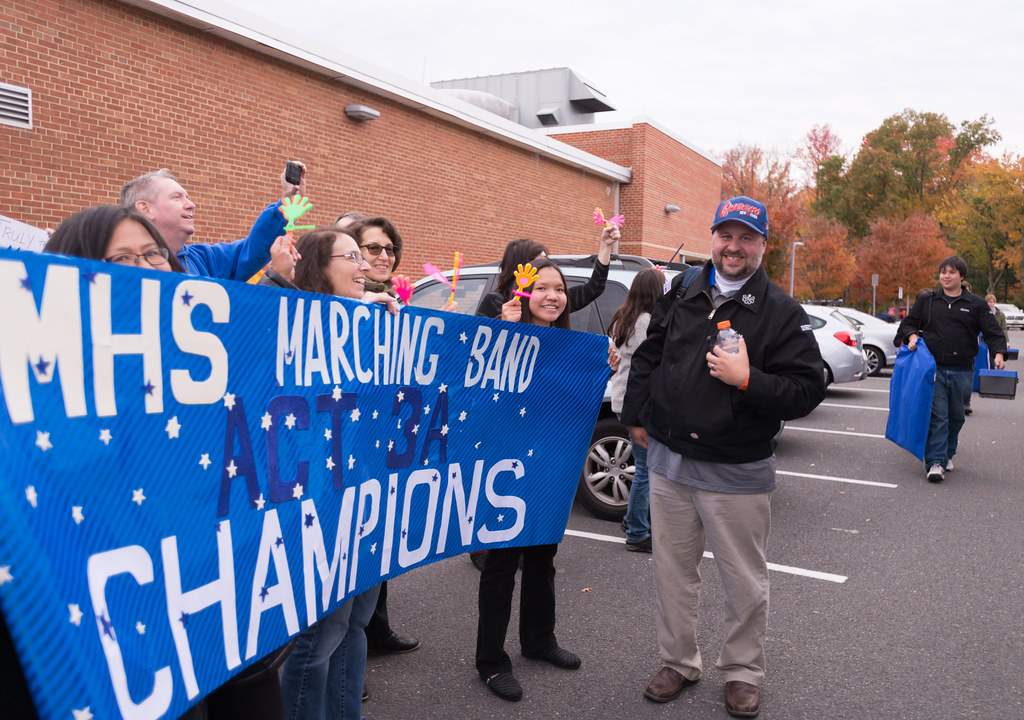 By John B. Messenger – This past week the 83 members of the Pride of Metuchen Marching Band and Color Guard travelled to Camp Hill, PA to compete in the Tournament of Bands Group 3A Atlantic Coast Championships. The band competed against bands from New Jersey, Pennsylvania, and Maryland. The band received first place and awards for High Music, High Visual, Best Drum Line, and Best Color Guard (all available caption awards) with a score of 94.01. With this championship the band was also promoted from A Class (which is an explorer class) to Open Class (which is the expert class) for the 2016 competitive season. This is the first championship for the school in any competitive class or circuit. 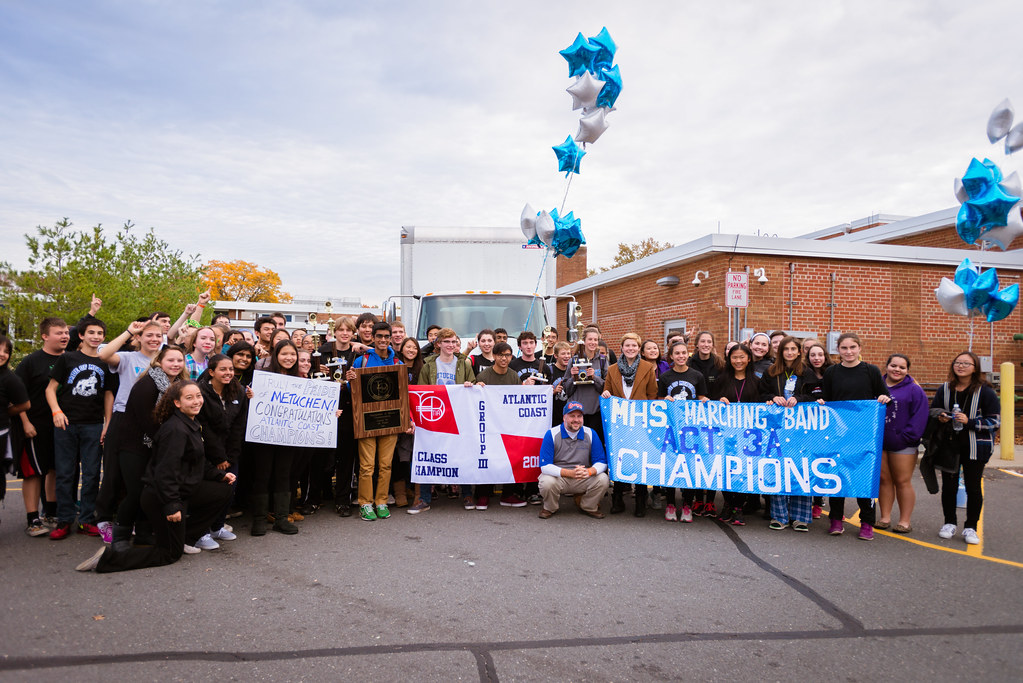 The bands we competed against were from high schools twice our size with double the student population. The structure of competitive marching band has groups divided by number of members. Unlike athletics, which is divided by school size, marching band goes by the size of your band. For this reason, we compete against bands from schools double to three times our size. There are 4 divisions in Tournament of Bands, and we are in the second largest. Throughout the season we compete against bands in our division (or chapter), which culminates in a chapter championship. After chapter championships we qualified to compete in Atlantic Coast Championships. This is where the group 3A bands from the various chapters came together to compete. It is an enormous accomplishment to be invited to ACC’s, and to win our class was the result of hard work, sacrifice and loyalty. My staff and design team have worked since last March to put together a program that both teaches skills and abilities, but also will be competitively successful. We put the kids in a position to be very prepared for all of our competitions (we performed in 5 regular season shows, and 3 different sets of championships), and in the end to have a performance of a lifetime and become champions for the first time. 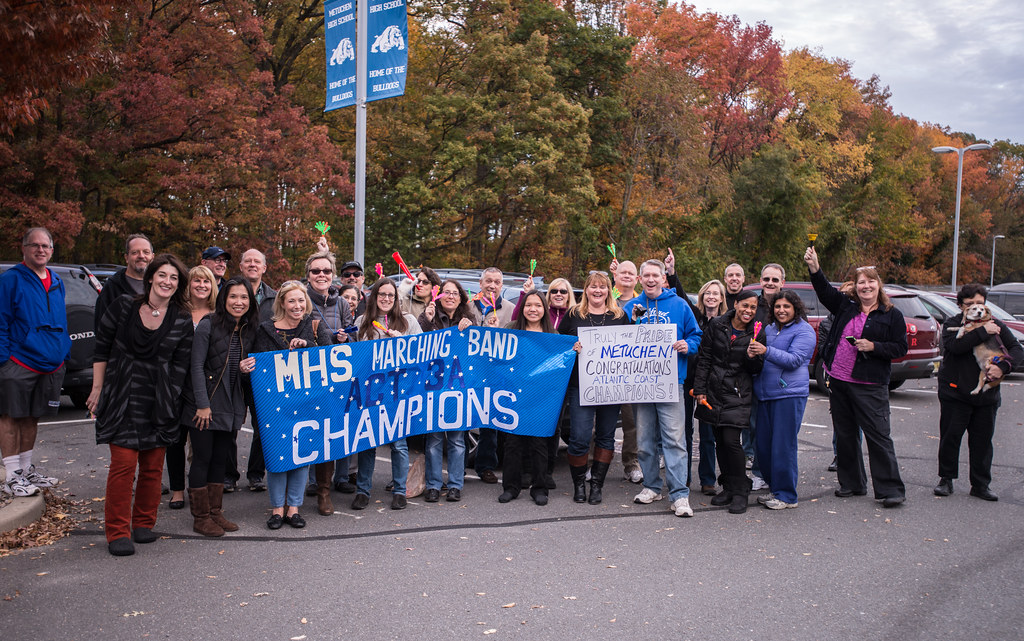 Our band family not only includes members, but a staff, design team, parent volunteers, band parent officers, transportation coordinators, janitors, buildings and ground members, administration and a community that supports us. Without all of their help, this would not have been possible. We are also one of the only bands, out of the hundreds that compete in Tournament of Bands that allow students to participate in fall athletics and theater, as well as competitive marching band. It is because of this that we have such a large group. It is extraordinary to see the sacrifice our members make to be amazing in all of their activities, and be successful in all they do.

This is a major accomplishment by this band and will have lasting effects not only for the members, but for the school and the surrounding community. This band rehearsed for hundreds of hours that culminated in one performance that lasted 7 minutes and 17 seconds. It is that performance that changed this program forever. I could not be any more proud of what this band has done.

MetuchenLiving sat down with Mr. Messenger for more of his thoughts.

MetuchenLiving: What were your expectations coming into Saturday’s performance?

John B. Messenger: My expectations are always that the kids breath, smile, relax and have fun while they are performing.  Competitions are subjective, we can’t control them, so our goal is to always perform to the best of our abilities. 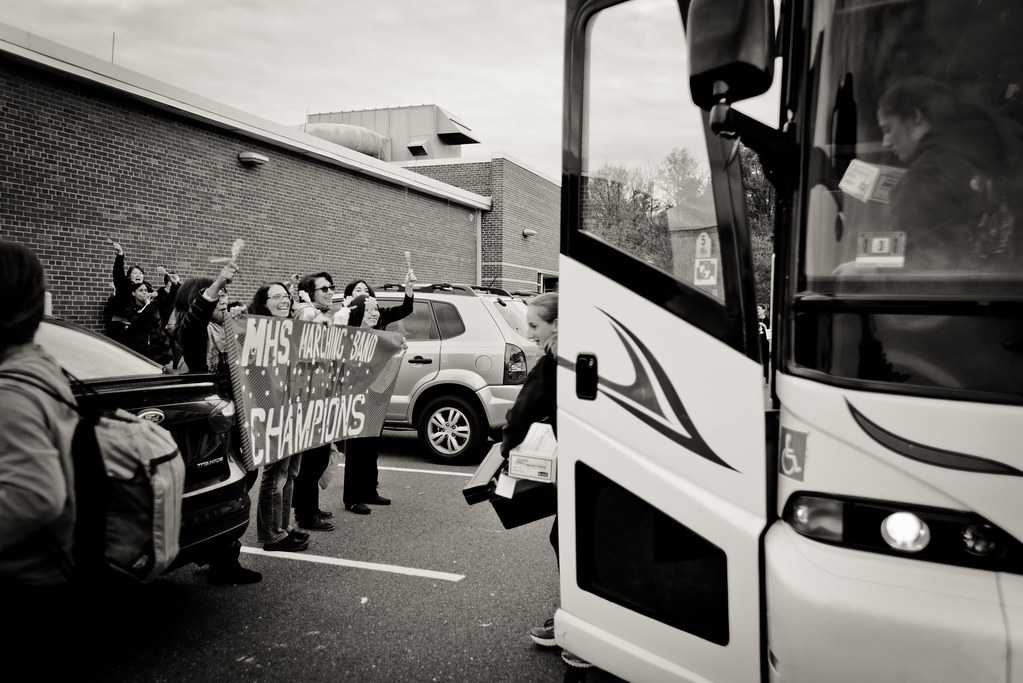 ML: How did you prepare the band for this particular competition.

JB: We have rehearsed 100’s of hours for one 7 minute and 17 second performance.  We started designing the show last March, began basics in June, band camp in August, and 6 hours a week at night from September until today. 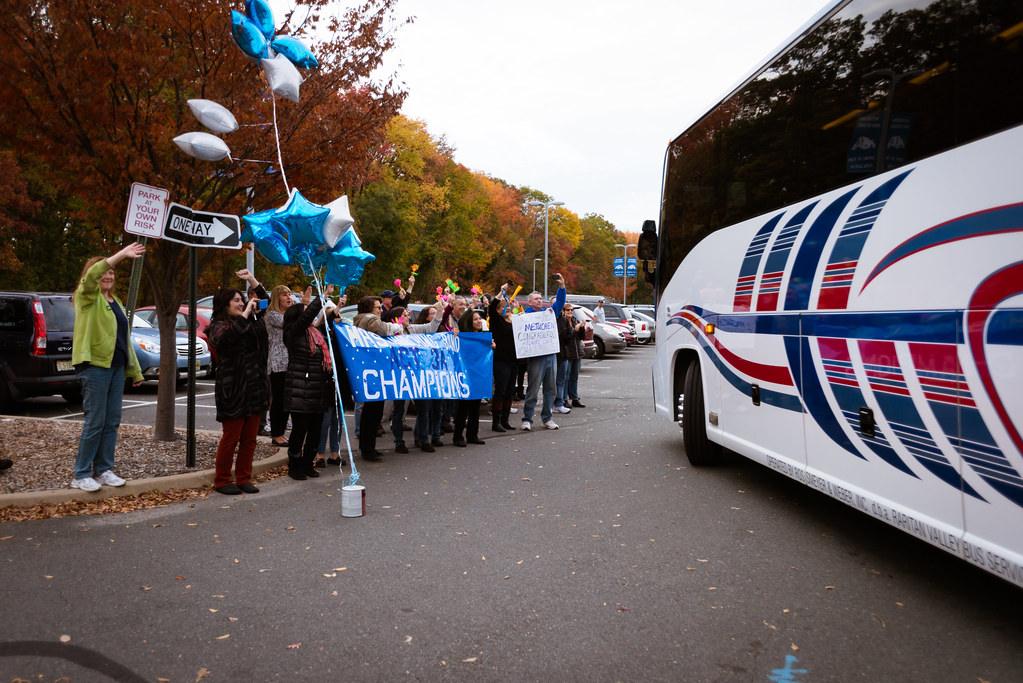 ML: What did you tell the band members after you won?

JB: To be honest, I don’t know what I said.  I was so proud of everything that they accomplished, it was a moment where words escaped me.  I know I took a lot of pictures, called a lot of people, and just took a moment to realize what had just happened. 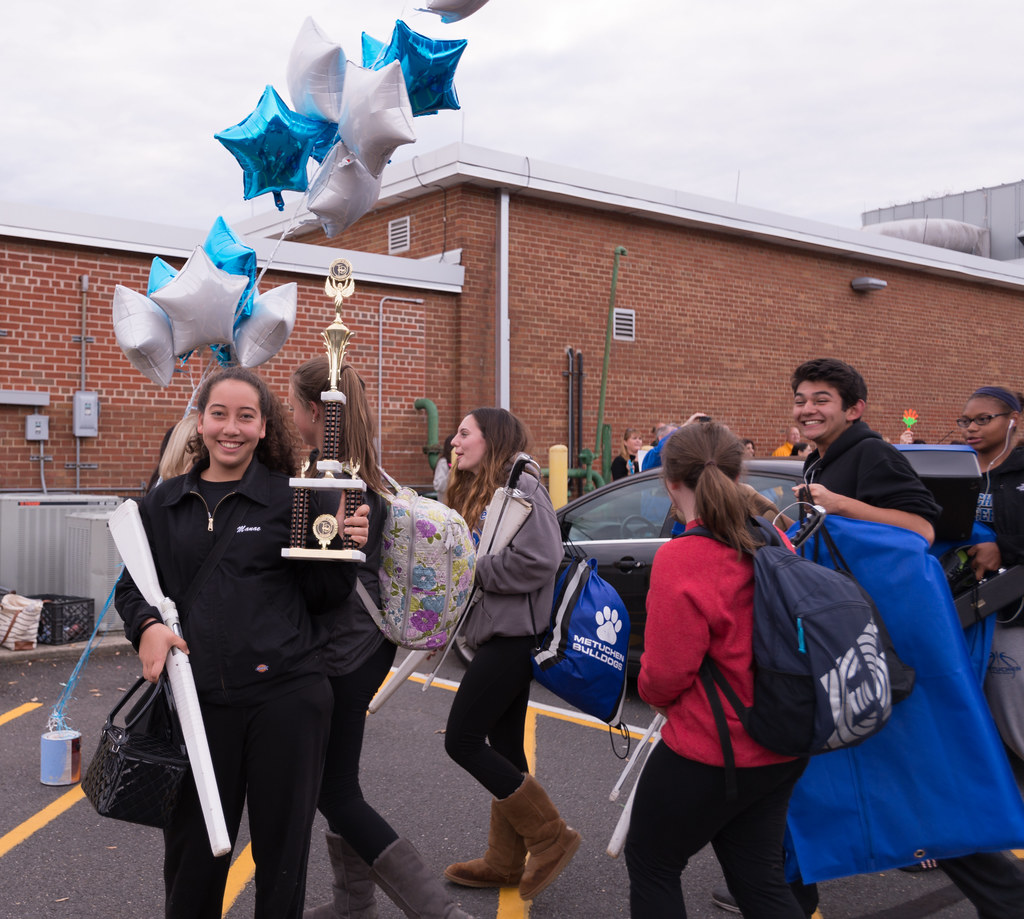 ML: This must come as a very special win. One, since this is a first for the school and Two, this is your first year as Director of Bands. How do you feel about this?

JB: This win is special for the students because it is a legacy that they leave behind for every other band that comes after them.  When you look at 2015 Atlantic Coast Champions, the Pride of Metuchen Band will forever be known.  Any time we get a chance to promote our school and our town we take advantage of it.  We want people to ask us about Metuchen and how special a place it is.  This being my first year as director makes it even more special.  I can say I will never forget what happened in my first year. 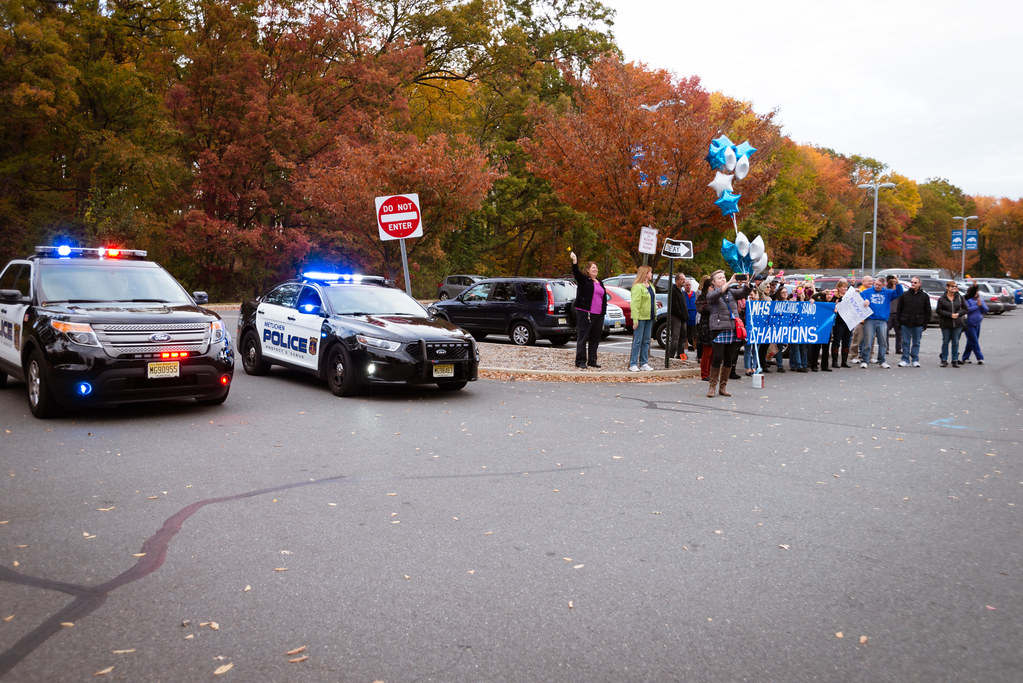 ML: Obviously, the parents and the rest of the Metuchen community are very excited. How did you feel when buses pulled in and you saw the police sirens and the welcome banners from the proud parents?

JB: I was shocked and humbled by the outpouring of support from our community.  Was I surprised? Absolutely! I can not put into words how much my parents and families mean to us as a band  and me as a director.  We are one family.  Blood makes you related, but loyalty and sacrifice make you family, and that’s what we all are. 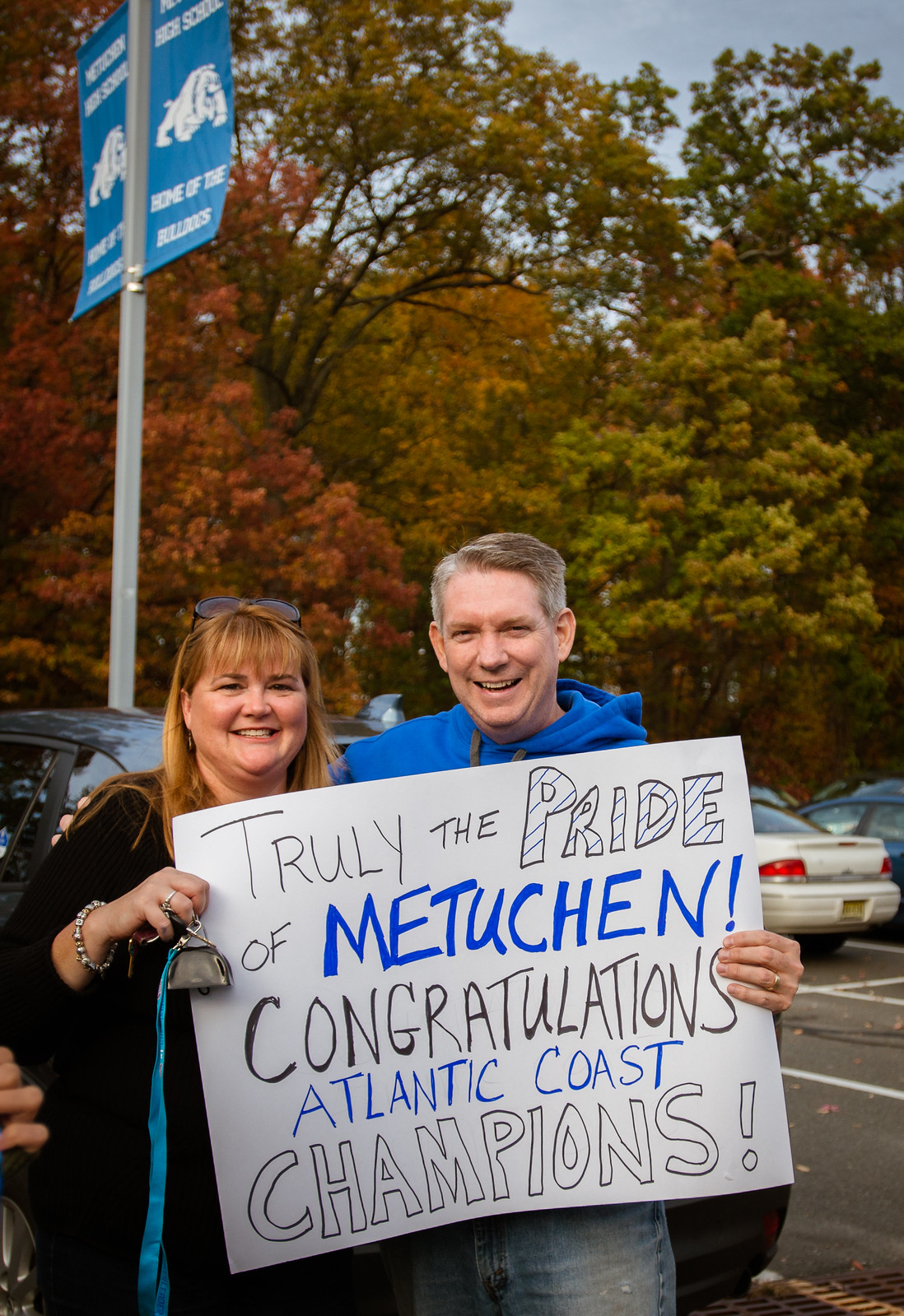 ML: What should Metuchen expect the rest of the season and next year from THE PRIDE OF METUCHEN?

JB: I expect more amazing performances.  I expect more people to know the name of our school and the sound of our band.  I expect more memories to be made that last a lifetime.  What does the future hold?  A promotion to open class (the expert class), very competitive groups that will challenge us every week, and the Pride of Metuchen to rise and accept all the challenges put forth to them.  This is a special organization that I feel blessed to be apart of, and this is one year I will never forget.