A Live Performance of “The Final Problem” at the Metuchen Library 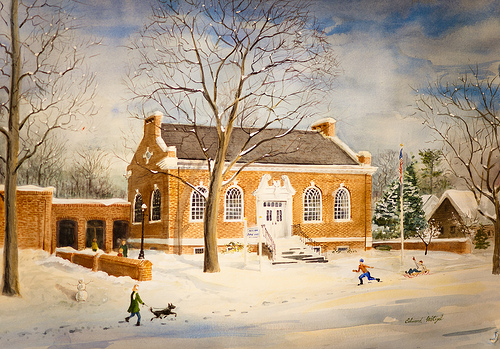 Raconteur radio presents “The Final Problem,” a live performance of the Sherlock Holmes tale, on Monday, August 30 at 7:30 PM at the Metuchen Public Library, 480 Middlesex Avenue.

With several attempts on his life having already taken place, Holmes asks Watson to accompany him on a “holiday” designed to thwart the relentless pursuit of his archenemy, Professor Moriarty. “The Final Problem,” originally a short story written by Sir Arthur Conan Doyle, has been adapted for the stage by Alex Dawson.

Audiences throughout Middlesex County have been thrilled by Dawson’s production, starring Carlye Owens as Holmes, Jeff Maschi as Dr. Watson and Laurence Mintz as Moriarty. Everyone is welcome to attend, adults and kids (ages 9 and up). Refreshments will be served afterwards. This free program is open to the public and has been paid for by The Friends of the Metuchen Public Library