Board of Education honors teachers and administrators

The Metuchen Board of Education, at the September 24th meeting, honored teachers and administrators who have been selected to present innovative programs as part of the Curriculum Fair at Workshop 2012, sponsored by New Jersey School Boards Association. 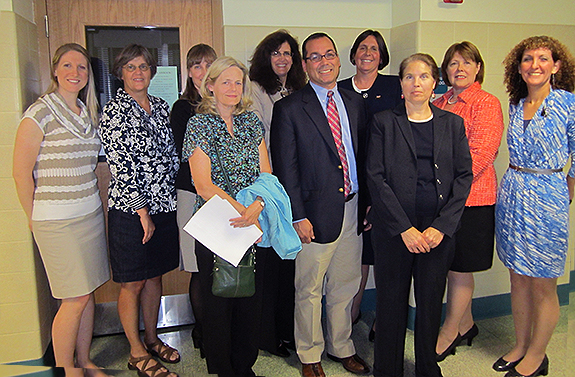 The 2012 conference is scheduled for Tuesday through Thursday, Oct. 23-25, 2012 at the Atlantic City Convention Center. The 2012 Workshop theme, “Partners in Student Success,” celebrates the collaboration among education leaders, businesses, non-profits, educators and communities – all working together to ensure a strong future for New Jersey’s children. Workshop is the largest training and information conference for New Jersey public school officials and will provide the information you need to excel in your board leadership role.