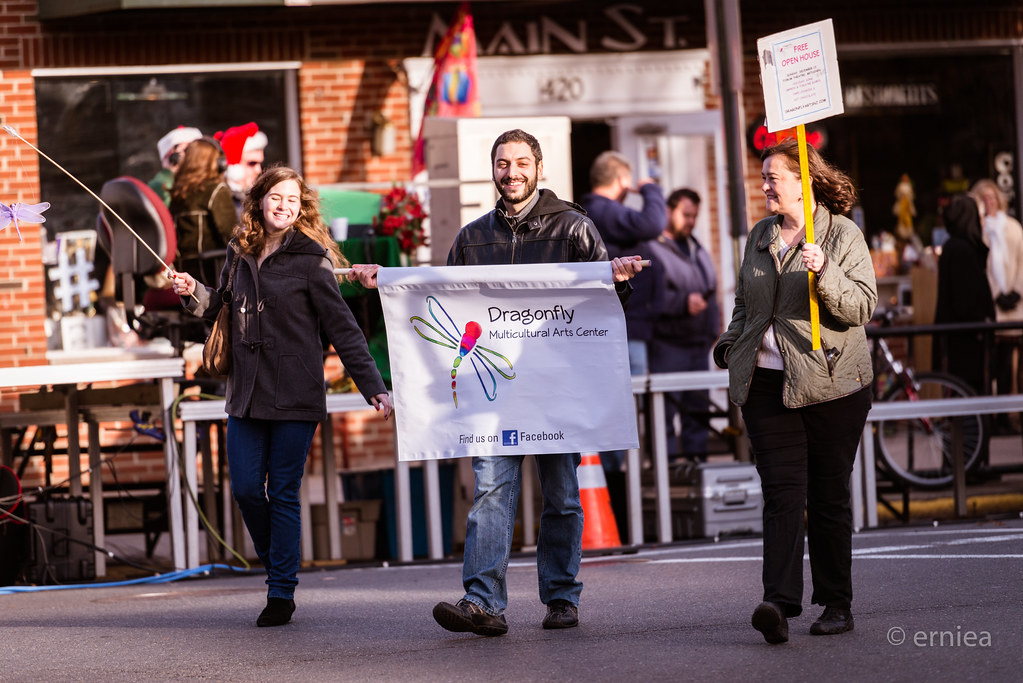 Metuchen—April 13, 2016: Dragonfly Multicultural Arts Center of Metuchen is celebrating its second anniversary this month. The Metuchen-based nonprofit performing arts organization was formed in 2014 by the mother-daughter team of Catherine LaMoreaux and Anna Paone. With a mission to produce plays with actors from diverse backgrounds, develop multicultural programming, and provide theatre education, the company has produced seven productions as well as programming at various venues across the state in its short life.

Despite having no permanent space, Dragonfly has presented productions ranging from classics such as A Midsummer Night’s Dream to current comedies including Matt & Ben, a play about Matt Damon and Ben Affleck. Most recently, on April 3, Dragonfly performed its first original work, a family play based on Indian folktales called Tenali Raman: Folktales from India. Developed for a festival of contemporary Indian art, Tenali Raman tells some of the stories of the 16th-century poet jester whose stories are part of the southern Indian cultural tradition. Tenali Raman was performed at the Center for Contemporary Art in Bedminster by a multi-ethnic cast; the show included a Bollywood dance choreographed by frequent Dragonfly collaborator Shauni Ramai. Tenali Raman is now available for booking throughout New Jersey.
Dragonfly is a rarity among performing arts organizations because of its female leadership. LaMoreaux and Paone have found their relationship has been strengthened through their work together. They have co-directed shows and planned programming in collaboration. LaMoreaux left teaching to start the theater. Paone works in New York City for Backstage magazine and returns to New Jersey to perform and direct. The company is aided in its efforts by PR intern Rachel Kim, producing associate Matt Holbert, and a core group of actors, and are always adding new artists to their team.

Dragonfly’s next mainstage production will be Shakespeare’s Twelfth Night, which will be performed in July at Jersey Shore Arts Center in Ocean Grove and in Metuchen parks. This will be Dragonfly’s third production at JSAC, continuing a collaboration that started last year with Talley’s Folly. Other summer projects include a performance of Tenali Raman at JSAC in August, and the theater’s first-ever summer camp for kids at the Metuchen Reformed Church, also in August. The company will present workshops at libraries as part of the statewide summer reading program, and will continue its acting classes for kids and adults.

Dragonfly rehearses and holds classes in a space at the Forum Theatre in Metuchen. Mainstage performances are at the Metuchen Reformed Church and Jersey Shore Arts Center. The company has presented touring shows and workshops at the Suffern, NY Public Library; Monmouth County Library at Manalapan; Wyckoff Public Library; Sayreville Library; and the Monroe Senior Citizen Center. Upcoming performances include Talley’s Folly at the Jewish Heritage Museum in Freehold on June 5. Dragonfly’s summer camp for kids in grades 3-8 will be held August 8-19 at the Metuchen Reformed Church.