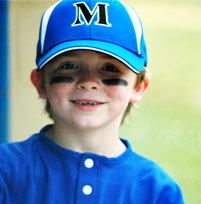 It’s no fun to lose. But it’s fun to compete, and it’s an even bigger relief to finish.

That’s what I’m getting out of this experience of watching my son play in an 8-year-old baseball tournament, a task that ain’t for the faint-hearted.

I know, I know. A baseball tournament? For 8-year-olds? Puh-lease. Tarballs are splashing onto Florida’s beaches and I’m oh-so-concerned (insert violin track here) about my son doing something that not everybody can do?

Yes, I’ve become the parent I never thought I’d become, the one sitting on the red-hot, silver metal bleacher, with a blazing sun beating down on my tomato-red face, refusing to move out of fear that I’ll miss every one of Jonathan’s “feats.”

Sure. Right. C’mon. What, is one quick visit to the snack bar going to place a hex on Jonathan’s head, and some team from Sayreville is going to start pounding away at his 30-mph pitches?

Well, maybe or maybe not. It’s hard to say. But there is one thing that’s true, and I’ve gotta admit – I never thought I’d say just weeks ago:

Yeah, I fear it, and I dread it at times, especially when my kid is up at the plate or on the mound.

But, shucks, I kind of like it, too (let me just stop there, because I might get carried away).

I like it not just because it’s a sport, and it’s showing off my kid as he’s playing at higher level.

I like it not just because he gets to wear a hat with his name on it, and he chose the number of my favorite player of all time (Tom Seaver, 41). 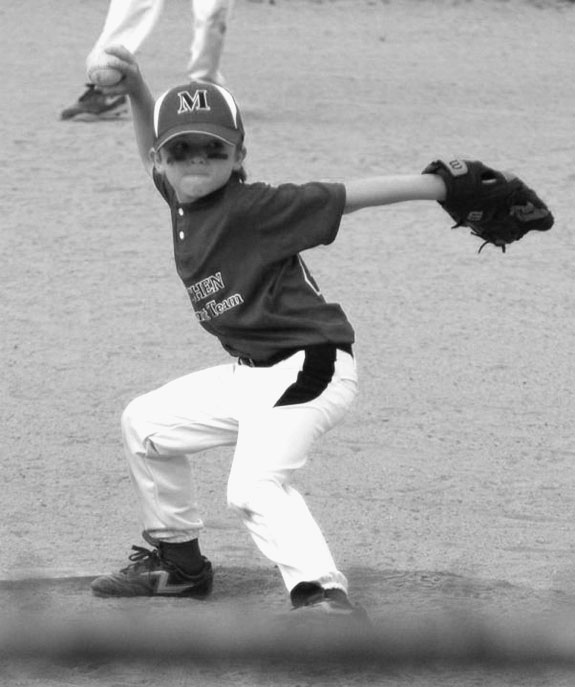 To me, it’s like a graduation or an honor roll, of sorts. It’s evidence of achievement, of good, hard work.

I hear these horror stories of parents dragging their kids from place to place, bringing their kids as far away as Florida – or even Europe – to play God-knows-who in God-knows where.

And, yeah, those stories sound pretty horrific – especially if you get to go a place like Spain to watch a soccer match involving your 15-year-old but, no, you never get to see Spain.

You want to eat authentic Spanish food but, no, you’re stuck at the snack bar or at the Barcelona KFC.

Me? I like taking the little guy with the big “M” on his hat to the dusty fields of Central Jersey, and watching him wind-up like tangled spider before firing into the catcher.

I can say, dang, there’s finally some reward for all those hours of going out in the backyard and throwing the dented whiffle ball over and over to these kids, all the way back to the time they learned how to walk.

I can recall with pleasure those days when Jonathan hacked at a plastic ball that sat on a tee, long before he learned to cream home runs into the neighbor’s yard.

I can watch my 8-year-old son smile like he does, with his missing two front teeth, because we helped put him in a position of achieving something he deserved.

Sometimes these gifts or rewards are not always tangible. Kids can drive parents crazy because they don’t put away their shoes, they don’t make their beds or they don’t clean up the kitchen.

But here, at the dusty diamonds of Woodbridge, N.J., just miles from Metuchen, we could say, hey, maybe we did something right. It takes brains and confidence to play baseball. It takes a certain courage, too, to play it in front of a lot of people you know and don’t know.

Our team lost its first two games, and tied the third. But I can take some pride in seeing my son chew gum as he stands on the top of the mound, tossing the ball to himself as he awaits some batter he’s never seen before.

And then, in a flash, he’s in that tangled-spider windup of his again, looping one over the plate to the catcher, getting more strikes than balls, and getting more outs than walks.

Tom Davis is an award-winning journalist who received a Rosalynn Carter Mental Health Journalism Fellowship in 2004.