REGISTER NOW!
When registering a team, the person’s name associated with that registration will be the Team Captain, who is responsible for making sure team has at least 6 players (allowed up to 8) and will be the one who will be checking in the team the day of tournament.
Dodgeball Tournament Coordinator: Ryan Toth-  ryanptoth[at]yahoo.com. 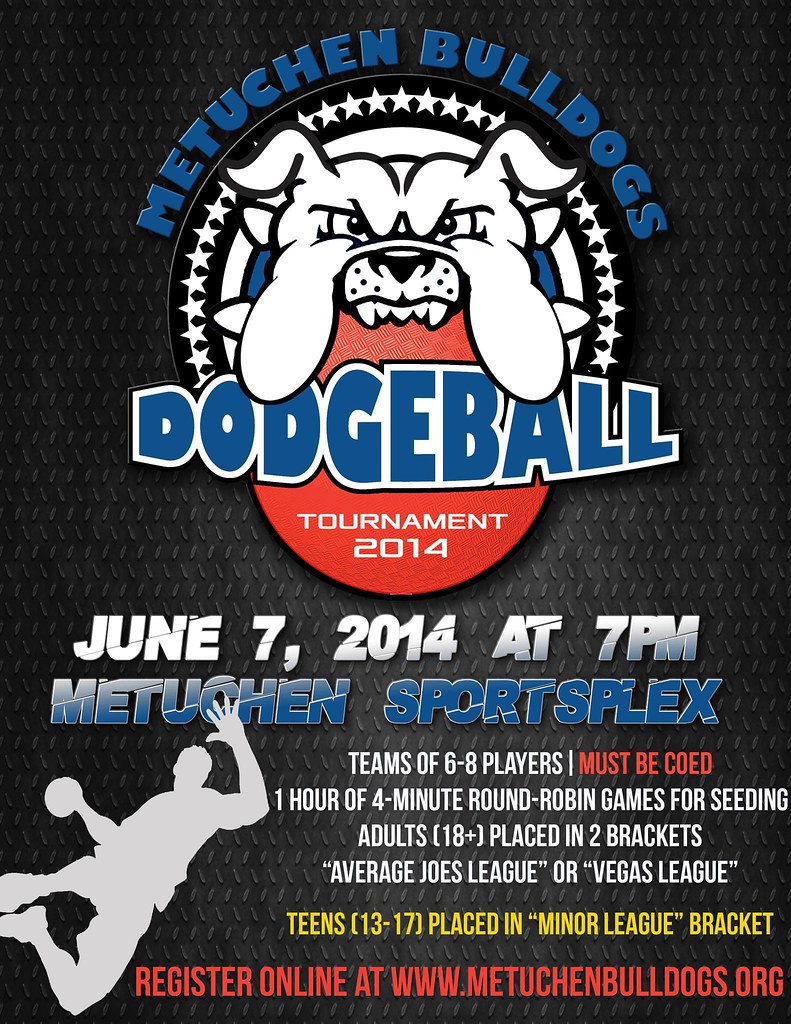 Teams will be made up of 6 players. At least one of these players must be female. Up to 2 additional players may accompany the team as substitutes. Teams should be same color shirts/uniforms.

The tournament will be a round robin format. Teams will be divided randomly onto one of 3 courts and will play each of the other teams assigned to that court in a round-robin style, playing a single four-minute game.
Round-robin games will determine seeds and playoff bracketing that will have two skill divisions for the playoffs: the Vegas League and the Average Joes’ League. All of the matches will be four minutes long including playoffs. For fun we will have the Champions of both leagues meet for the ultimate title of “Grand Champion”.
Each league will have a single elimination tournament to determine a winner. Games will be best two out of three four minute games. Refs will monitor all games.

The object of the game is to eliminate players on the other team. You can do this by throwing a live ball and hitting an opposing player anywhere besides their head or face (because that is just plain mean). If a player ducks and gets hit in the head then they are still out. If you catch a live ball from an opposing player, then the thrower is out and a new player from the catching team can come in. First out first in.

High throws or attempts to hit someone in the head will result in the refs giving you a warning. Three warnings and you’re out. And seriously, that is just poor form so don’t do it. If someone is ducking, diving, dipping, or otherwise “dodging” and gets hit in the head, though, they are OUT.

Each game will last four minutes and the team with the most players at the end of the time limit will win the game. If teams are tied they go to an overtime. When the first person on a team gets out the game is over and the other team wins. Only 1 minute overtime, if no one out then it is a tie. No ties in playoffs you keep playing. Referees must yell out when 1 minute is left in a game then 30 second mark and 10 second mark.

There will be no Time-Outs allowed, except in the case of injuries. Substitutions are not allowed during any individual game. Teams may switch the roster with substitutes before the start of any game.

All contests will be supervised by an event referee. THE REFEREE’S DECISION IS FINAL NO EXCEPTIONS