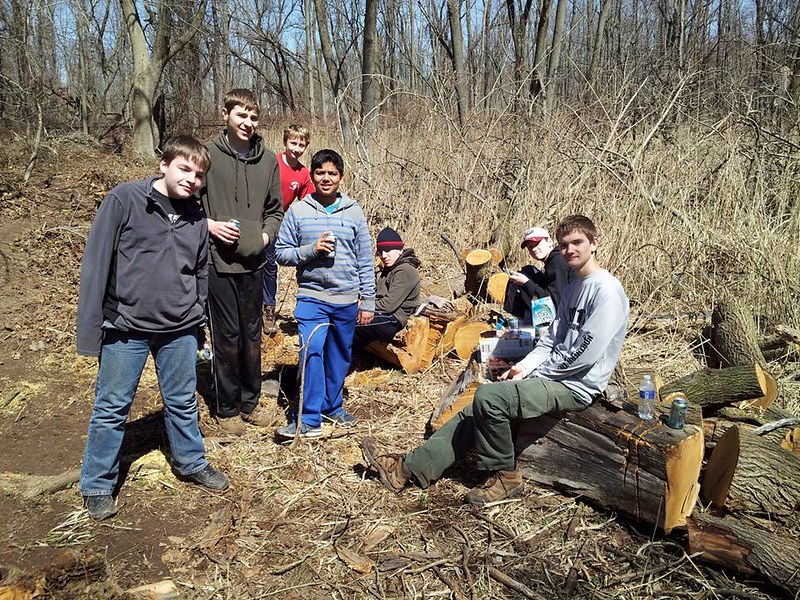 Troop 17 Eagle Scout Assistant Senior Patrol Leader Nikolai Krebs had an idea for a project for his Eagle Scout rank. That is to clean up and create a trail to the Metuchen Dismal Swamp. This project was a bit ambitious he thought. Building a trail is no easy task and he was sure he could’t do this alone. He soon found himself asking his friends, hoping some would help him. To his surprise, he got more help than he hoped for.

On the weekend of April 4, 2014, Members of Troop 17 Eagle Scout Project worked to clean up the Metuchen Dismal Swamp. This includes the creation of a trail off of Durham Avenue, that stretches into the Dismal Swamp. The length is about 1/2 a mile, most of which is on an abandoned railroad built in 1942. This railroad was used to transport troops from Camp Kilmer to the Raritan Bay. Many of the troops that used this transport were part of the Normandy Landing. Troop 17 cleared vegetation and evened out the trail to make it easy for visitors to follow the trail.

Nikolia adds that this is an ongoing project so if you notice some activity in the Dismal Swamp neighborhood the coming weekends, you can bet it’s Nikolai and his friends tirelessly serving our community!

The entrance to the Dismal Swamp can be found at the end of Liberty Street, off of Central Avenue. 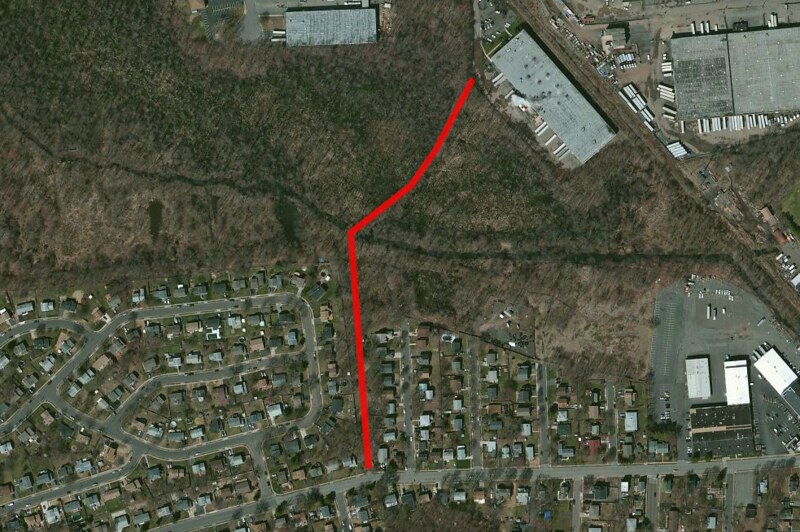 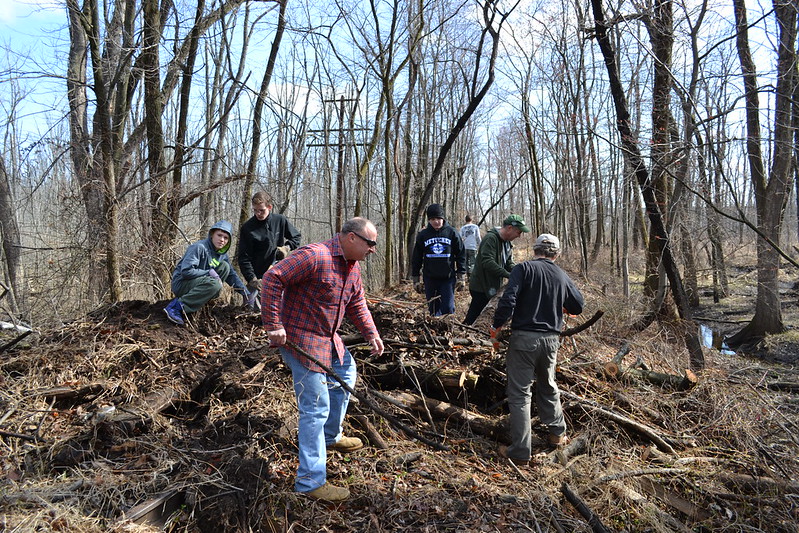 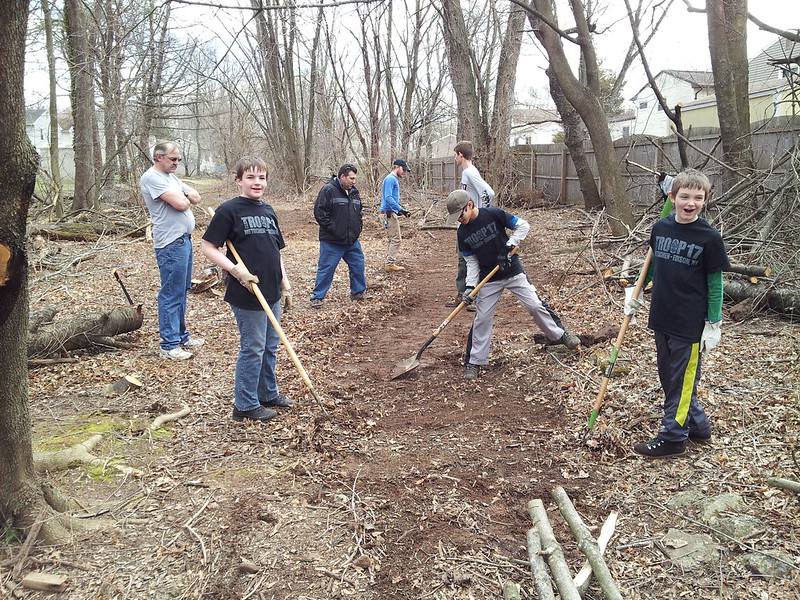 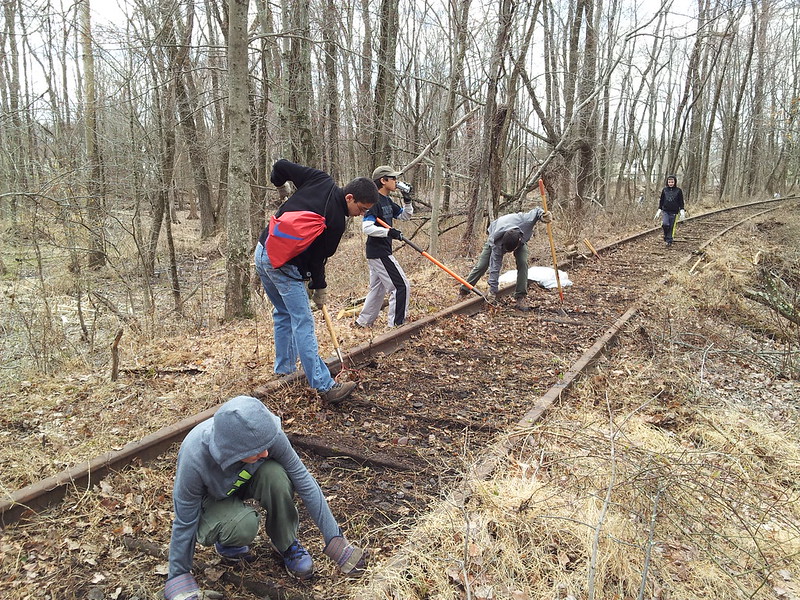 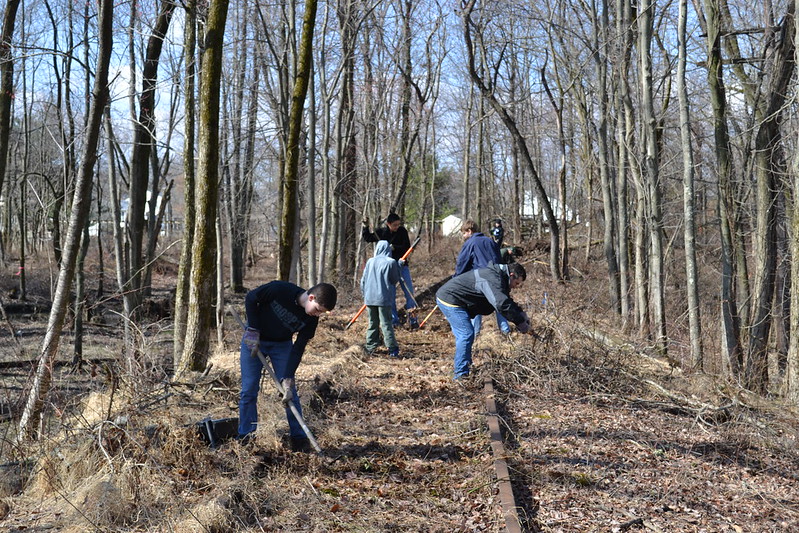 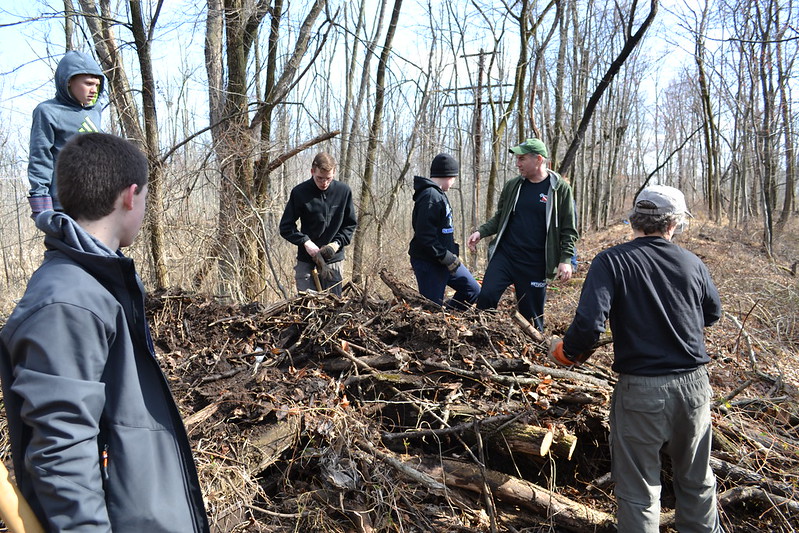 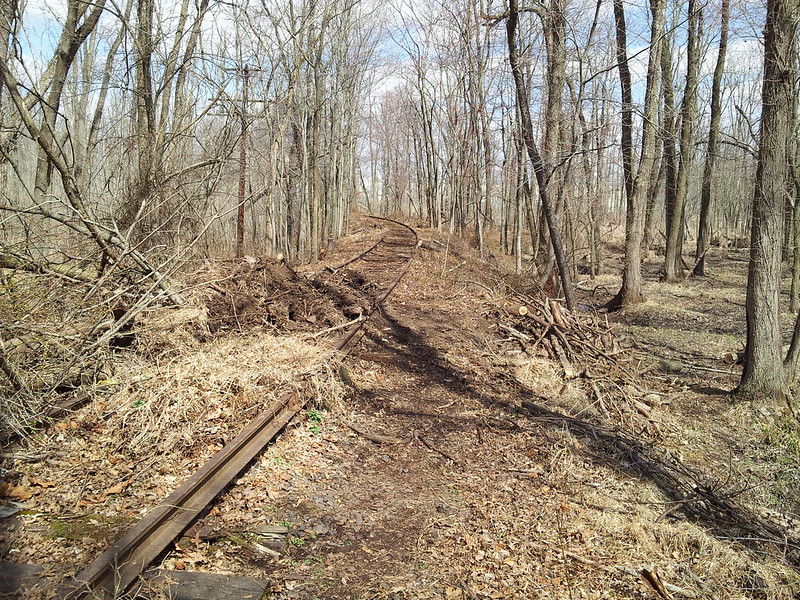 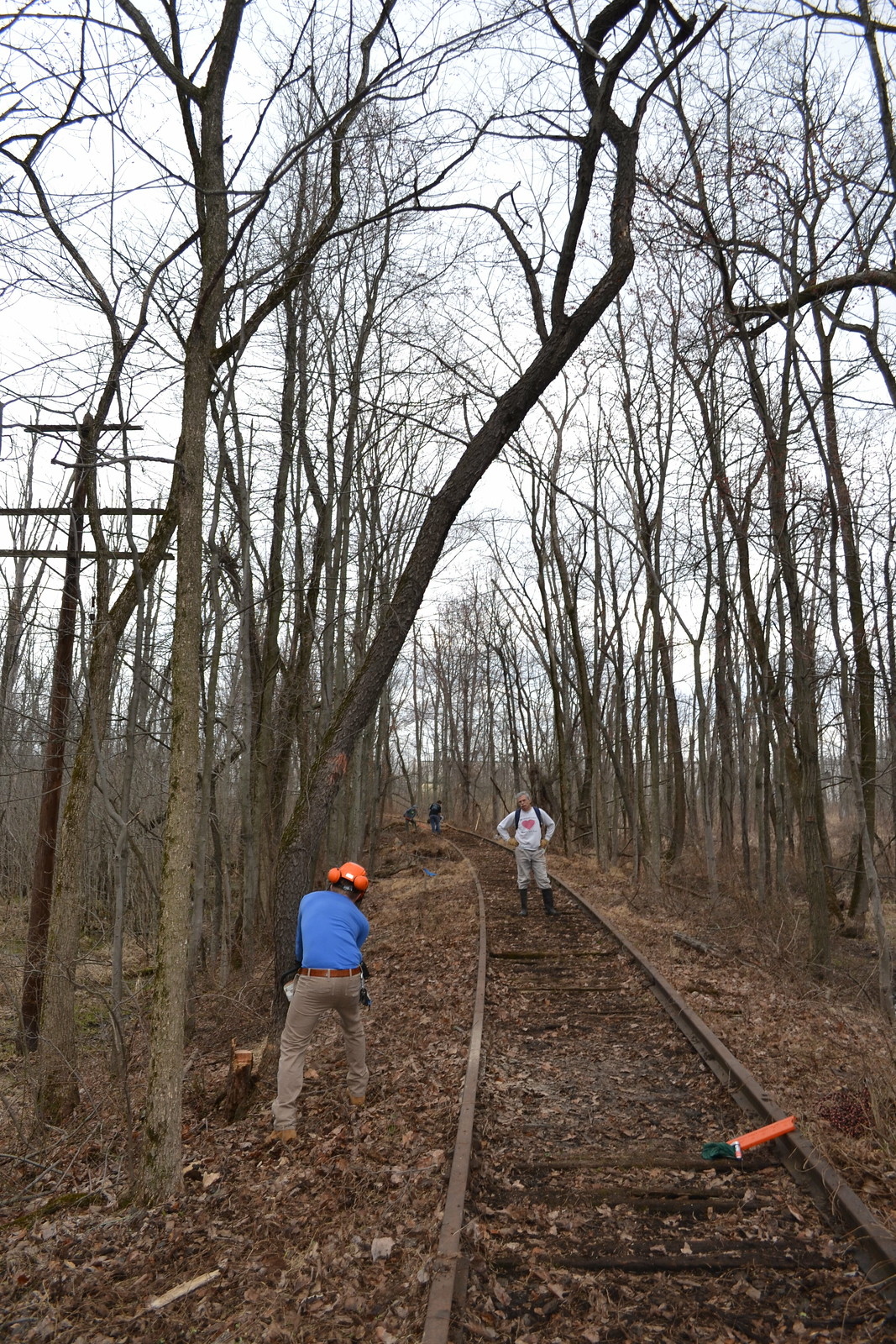 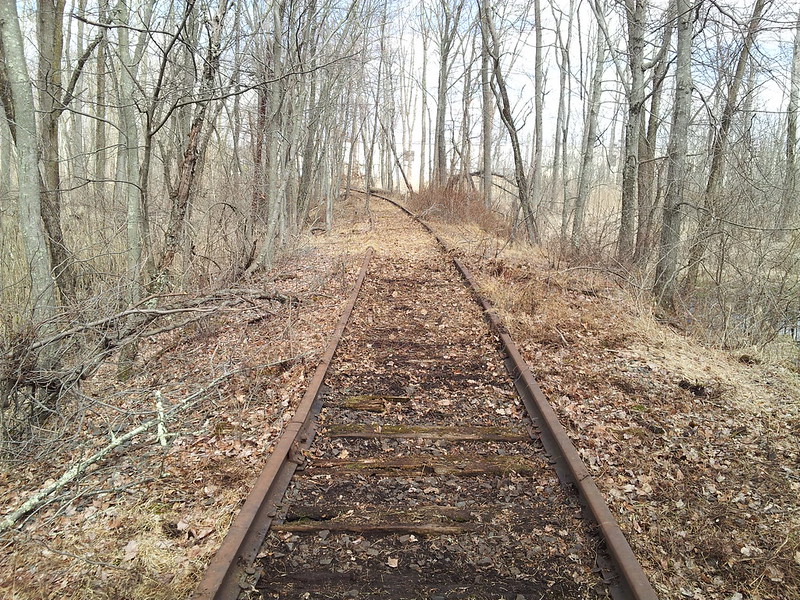 Researched and Written By: Arline Zatz

The following information is taken from a brochure made possible in cooperation with the Borough of Metuchen and by a grant awarded under the Watchable Wildlife project, which is managed by the NJ Division of Fish, Game and Wildlife’s Endangered and Nongame Species Program. Funding for the grant was provided by the US Fish and Wildlife Service, the US Environmental Protection Agency, and proceeds from the sale of Conserve Wildlife license plates.

What is Dismal Swamp?

Designated by the US. Fish and Wildlife Service and the US. Environmental Protection Agency as a priority wetlands area, it is:

How large is it?

Dismal Swamp covers nearly 650 acres. A 12-acre portion of its wetland and upland area is located in Metuchen.

What is its history?

Relics found in the swamp and upland section, including stone axes, spear heads, and arrow points show evidence that man used this area since prehistoric times.

Maps have given clues to the wetland’s past use. During the 1700s, a vineyard existed in the swamp’s southern portion, and viniculture was an important local farming endeavor during the late 18th and 19th centuriesB. y the early1 900s a Russian exile settlement had been established where the swamp borders Metuchen. Today, only street names bear witness to this settlement.

How did the name originate?

Historians believe the name was derived from Dismal Brook, a narrow stream that flowed throush the area.

What is Dismal Swamp’s geological makeup?

The Passaic Formation found in the swamp consists of sedimentary rock composed of red brown shale developed over millions of years from small, wandering water courses.

Why is Dismal Swamp unique?

Metuchen’s Disrnal Swamp supports a diverse and extensive number of wildlife species. An estimated 165 species of birds are found here, as well as a variety of amphibians, reptiles, and mammals. Dismal Swamp is also home to eight reptile species. Of particular importance is the presence of the loggerhead shrike, which is on the Federal threatened and endangered species list. Mammals include the eastern chipmunk, eastern cottontail rabbit, gray squirrel, muskrat, raccoon, red fox, white-tailed deer and woodchuck.

Follow Route 27 to Route 501 in Metuchen. Proceed onto Central Avenue, and at Liberty Street, turn left, continue to
the end. There is a sign marking the trail entrance.