The Metuchen Cultural Arts Commission, in association with the Metuchen Recreation Commission, will present its annual outdoor summer concert series, “Metuchen Rocks!” every Thursday night in August at 7:30 p.m. plus an end of the summer dance party and fireworks display on Sunday, September 5th.  All concerts start at 7:30 p.m. The concerts take place in the heart of downtown Metuchen on Center Street next to the Metuchen Senior Citizen Center (behind the A&P Liquor Store).

This year’s concert series includes five New Jersey bands with diverse styles starting on August 5th with The One & Nines, a rhythm & blues band from Jersey City.  The music continues with Asbury Park’s Readymade Breakup on August 12, the Reggae band No Discipline on August 19, and the New Jersey indie roots/rock band The Roadside Graves on August 26.

Metuchen Rocks! ends the summer with a dance party and fireworks display on Sunday, September 5th featuring music of the central Jersey band The Spidermonkeys.

The One & Nines, featured on August 5th, combine a repertoire of original music and deep track blues and soul classics performed with in the moment rock & roll energy and gospel-soul spirit.  Band members include Singer Vera Sousa, Will Hansen on piano and organ, Jeff Marino on vocals and guitar, Alex Tyshkov on bass guitar, Ken Walz on drums and saxophonist Barami Waspe. 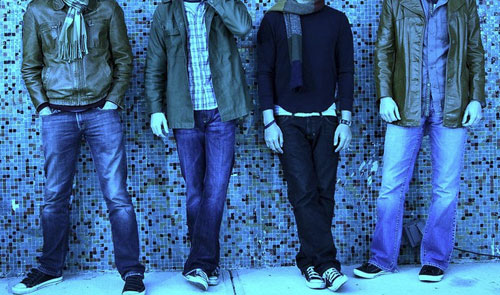 Readymade Breakup takes the stage on August 12th.  Their melodies recall the stickiest hooks of the Replacements with a lyrical earnestness that owes a great debt to the band’s hometown of Asbury Park.  The craftsmanship of songwriter Paul Rosevear is punctuated by rock guitarist Jim Fitzgerald, punk-influenced basslines from Gay Elvis and anchored by stadium-sized rock percussion provided by drummer Spicy O’Neil.

On August 19th, No Discipline’s infectious Reggae beat promises to turn a trip to Metuchen into a mini Caribbean vacation.  Founding members Al and Mike Bazaz on lead and rhythm guitars play with a rotating roster of accomplished regional musicians who have long been associated with the performance of Reggae.

The Roadside Graves (August 26) perform their own original take on Jersey rock infused with country and folk roots.  Metuchen native sons John Gleason (singer/songwriter), drummer Colin Ryan and multi-instrumentalist Jeremy Benson are joined by bassist Dave Jones and Johnny Piatkowski on the farfisa and mellotron to create music that reflects an American landscape of “tourchers, scorchers and languid back porchers.”

“Metuchen Rocks!” ends the summer with a dance party on Sunday, September 5th featuring the Spidermonkeys eclectic mix of classic rock, blues, country and their own original tunes. The band members  include Metuchen’s own Zack Leffand on lead guitar and Dan Cotton on drums, with Jim Toscano on guitar and vocals, Jason Jack on base, and the fabulous MR. FIN on trumpet, flute, keyboard and percussion.

The Metuchen Rocks!! concerts start at 7:30 p.m.  In case of rain the concerts move inside the Senior Center at the same location on Center Street.  The rain date for the September 5th dance party and fireworks is Monday, September 6th.

This free concert series has been made possible in part by funds from the New Jersey State Council on the Arts/Department of State, a Partner Agency of the National Endowment for the Arts; through a grant provided by the Middlesex County Cultural and Heritage Commission/Board of Chosen Freeholders, by the Metuchen Savings Bank and the Metuchen Recreation Department.