Things I’ll do Now, That I Wish I’d Done Before the Hurricane 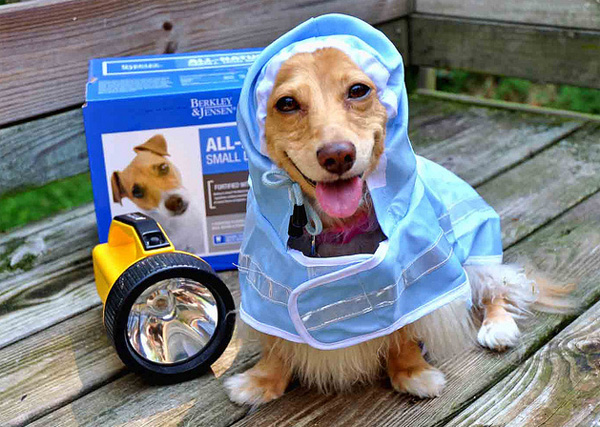 By Shannon Wagner
On the whole, I’d say I was pretty well prepared. I bought the obligatory water, we always have extra bread in the freezer. I didn’t buy milk or eggs, but that’s because we already had some semi-aged samples of both in the fridge and I kind of assumed that we would lose power and anything new would be wasted before long.

I even made a good effort to buy D-cell batteries, but nobody had any left in stock by the time I got there and besides, I was lucky enough to have bought an unusual battery-operated lantern at Target last season which takes either AA batteries or the much-coveted D-cells. AA batteries were plentiful at the store, I already had handfuls of them in my utility drawers, and I could always poach more from our remote controls once the power died and the remotes served no purpose.

And although the wind got scary at times (woke me up at 4am on Sunday), and the rain came flooding over my gutters, eventually seeping slightly back up into the house via the basement walls, nothing really bad happened. None of our grand and elderly trees decided to haul-off and whack our living room window with a woody fist. And our basement drain did a fine job of draining the rising water table out at least a little bit faster than it was coming in.

But there were a number of things that, in retrospect, I wish I had done differently – if only to reduce a bit of the anxiety with all the unknowns surrounding the approach, the riding out, and the wondering whether it was past or we were in the eye, of Hurricane Irene. I’ve listed them below – some of them I plan to address today, some have already been resolved, and some will probably end up on my nag list of things I think are important but never quite get to.

Perhaps a few of them will remind you of something you might want to do differently next time a Monster of Variable Weather and Outcome lumbers through your neighborhood?

Once the storm hit, and much of my area lost power, my T-Mobile cell phone still worked but the data connection was much degraded, down to 2G instead of 4G. It became extremely difficult to get to web pages and even the Facebook application, where a lot of local discussion about what was going on was happening – it would barely load. Twitter became my best friend – it loaded well every time, and I was able to send messages as tweets. But I realized that I was not following a few very useful Twitter users – ones who would provide some local news and updates about how much more of the storm was coming at us. I tried to add a few of them as “follows” but the Follow function just wouldn’t work over my degraded connection. So, first thing today – a day late – I logged onto Twitter on my desktop with full Internet power and followed all the users I thought would come in handy during the next emergency.

Tip: Know who is going to help you with pertinent information when you need it!

One thing that was interesting that I didn’t think of prior to the storm was that among all of my friends and family, some would be in the thick of the storm at one time, then others sometime later or earlier, and some would never get hit at all. When I tried to send out messages to people to see how they were doing and to let them know I was okay, luckily I was able to reach everyone I wanted to reach, but it was a little dicey at times with my degraded Internet connection. I would have felt more comfortable if I had created ahead of time and distributed to all my friends and family a Google Doc spreadsheet with all the contact information for my “circle” – along with some indication of who was most important to be notified of things like my safety, etc. 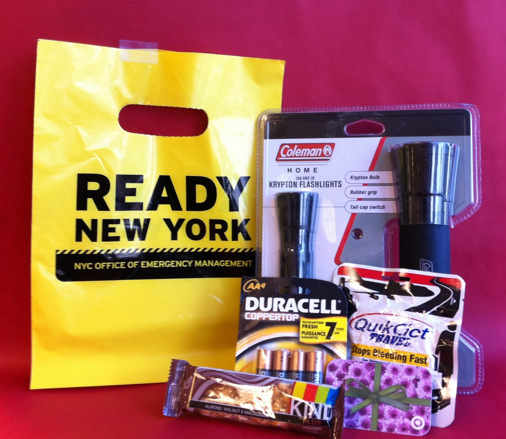 Once we lost power our cell phones were running against the clock. Sending a simple message over a degraded Internet connection took 5 minutes one time before I realized I should give up on Facebook. Before I knew it my battery was down to 50%. It wasn’t a huge problem since we have a car charger for our phones, but I couldn’t really go out to the garage during the storm. And later, once we were able to get to the car we had two phones to charge but only one charger. It would have been useful to have a second – or even more helpful, one of those car adapters that gives you an AC plug where you can plug-in anything, including a laptop.

Also would have been helpful – not because it ended up being needed, but for peace of mind – a hand-operated pump, just in case the water draining from the basement started to overwhelm the drain pipe. I could have also brought this to my neighbors’ houses to help drain several basements that failed to drain when electric sump pumps were inoperable.

And finally, you can never go wrong with more and better flashlights! I plan to pick-up a few more soon.

Tip: Act like you could be stranded on Mars any day, and equip yourself accordingly!

Get Rid of the Compost Bin

The plastic compost bin I bought from Lowes last Spring seemed like a great idea when I had lots of garden clippings to turn into mulch. Six months later, with 110 mph winds bearing down on us, it seemed more like a cheap flimsy plastic thing wrapped around a large pile of half-rotted stuff that I really didn’t want slamming into the side of my house. So I put bricks on top of it, and then I worried throughout the hurricane that the bricks would turn into missiles and come through my bedroom window while I was sleeping. Did I ever tell you how paranoid I am about certain things?

Tip: Get rid of anything you wouldn’t trust during a wind storm!

Offer Help to Neighbors Ahead of Time

I found out after the storm that a few neighbors had easily solvable basement water problems. I just wish I had known earlier – I could have probably saved them a lot of moldy stink by suggesting a few things.

And of course, it’s important to know who is around during times like this – I mean, if a tree comes crashing into my living room and I have to evacuate, I want to know which neighbor is going to provide me with shelter.

Tip: Talk to your neighbors!

Another (minor) problem I had with our phones is that I really wanted my favorite Twitter application installed (Seesmic), but I had recently reformatted my phone and forgot to install it. Also, my wife did not have any Twitter application installed. Now, since Twitter turned out to be the best way for us to get news bytes, we were pretty focused on getting it installed for both of us. Unfortunately, over our degraded 2G Internet connections we were hardly able to access the Android Market and had to just make do with what we had.

Likewise, there is a handy Facebook application called Selective Tweets. It lets you use Twitter to update your Facebook status, just by appending “#fb” to the end of your tweet. It’s brilliant for a time like this – I could have used it as a bridge from my working Twitter application to my bogged-down and not-working Facebook application. Since most of my friends and family look for me on Facebook, this was pretty important. But, I did not have it configured ahead of time and it was impossible to configure it once my Internet connection was degraded.

Shannon is a technology zenhippie/geek (his description not ours) 😉 and newly minted homeowner living in Metuchen with his wife the music Goddess of Metuchen, Sharon (our description not hers).