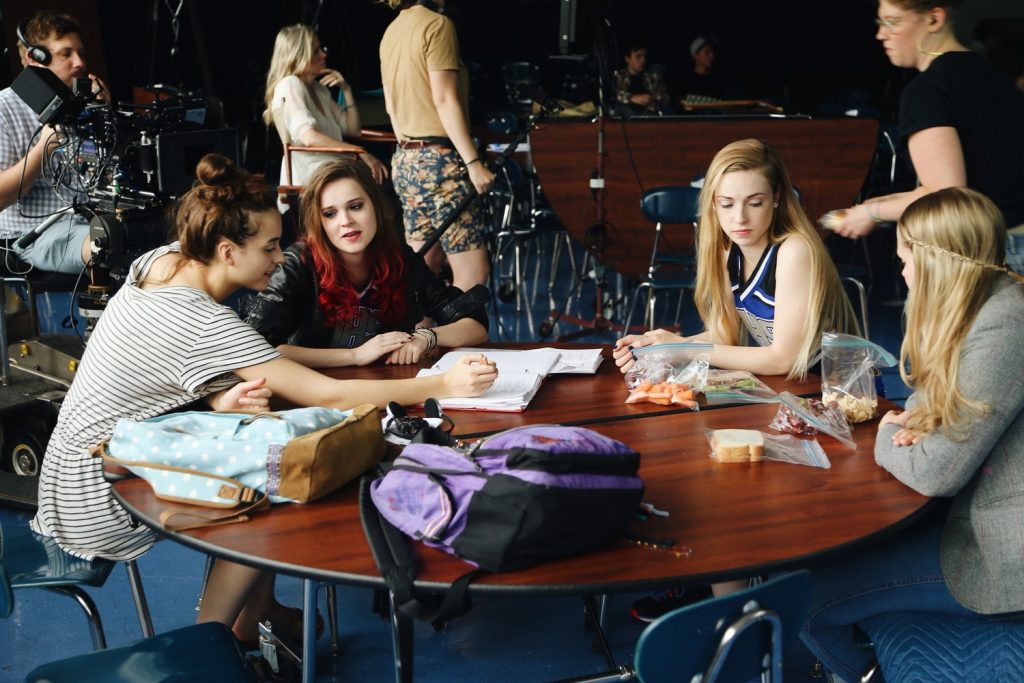 On the set of Quinn Shephard’s “Blame”: reelquinnshephard.com

22-year-old Central Jersey resident Quinn Shephard’s first feature film BLAME will have its world premiere at the prestigious Tribeca Film Festival in April. BLAME is one of ten films chosen for Tribeca’s US Narrative Competition from over three thousand feature film submissions to Tribeca 2017.

Quinn’s early drafts of the screenplay were started at Metuchen High School, her imagination sparked by her teen performance of Abigail in the East Brunswick Playhouse 22 production of  “The Crucible”.

The film was shot in Metuchen with the enthusiastic support of the community.  Quinn says she’s grateful for their support, “Films like this can only happen in small towns. Metuchen was the perfect location for BLAME – both as the setting for the story (a close-knit and All-American suburban town), and as a support system for me as a filmmaker. We were welcomed into local homes to film- our set was catered by local businesses –and MHS and the Board of Ed really made the entire production possible by allowing me to film at my old high school, where I first conceived of the script for BLAME. Because of this experience, I was able to rediscover the place where I grew up in a totally new and beautiful way.”

Quinn’s mom Laurie, who produced alongside Quinn, played an integral part in the creative process. Quinn said, “I could never have brought the film through actual production without the help of my mom, who was my partner in the development and actual production of the film from beginning to end.”

Quinn Shephard’s other credits include Hostages (CBS 2013-2014), and the upcoming: Sweet, Sweet Lonely Girl, The Miseducation of Cameron Post, and Midnight Sun.