On Sunday, May 4 at 4:00pm, the Family Arts of Metuchen brought to Metuchen the Cooperfly Puppet Troupe! An ‘All Ages Interactive Puppetry, Poetry, Music, and Movement!’
Kevin Kammeraad performs, writes, draws, sings, make things, and wonders about possibilities. He is an award-winning artist, performer, and children’s author of several books and CDs. The Cooperfly Puppet Troupe is a cast of puppet characters brought to life by Kevin and Justin Haveman.
Photos by Photography by Heather Lee for MetuchenLiving. 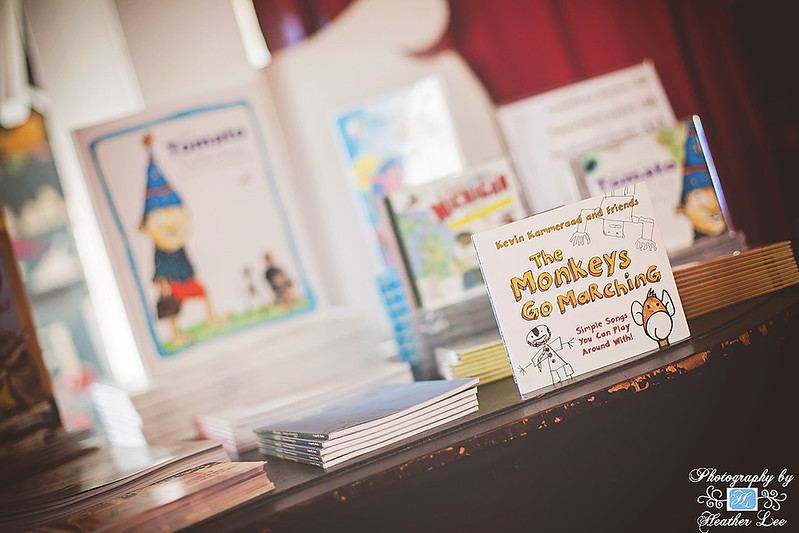 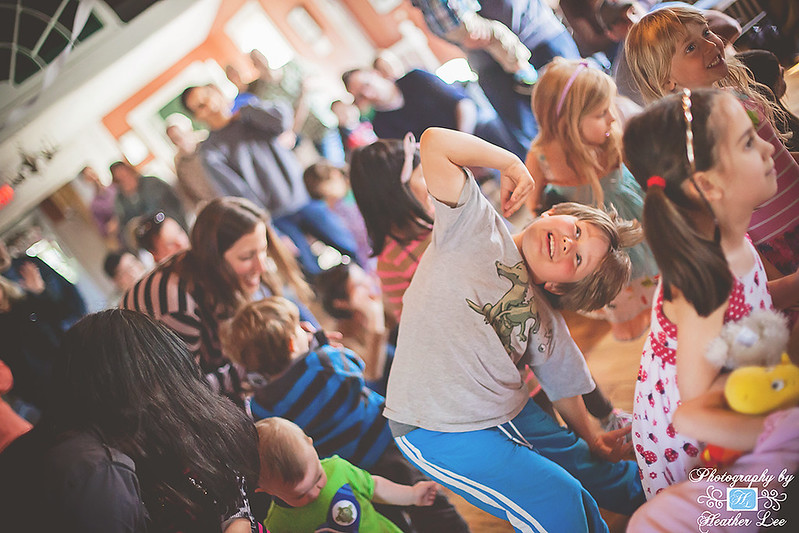 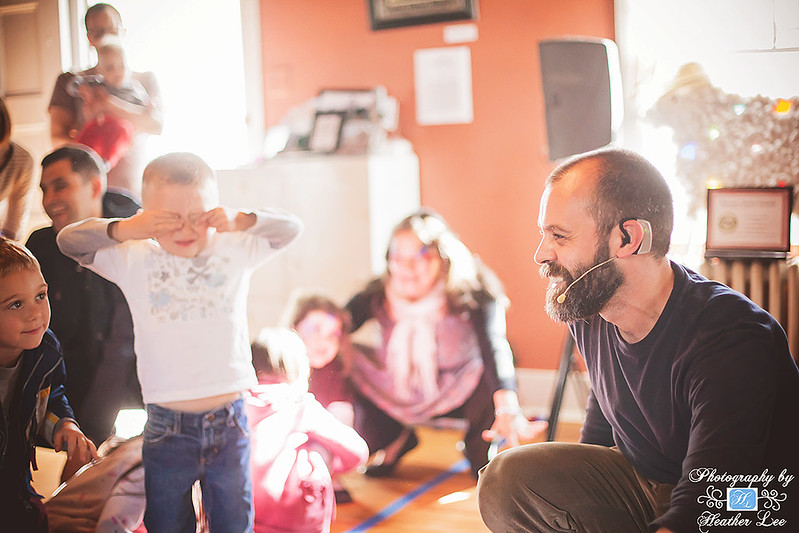 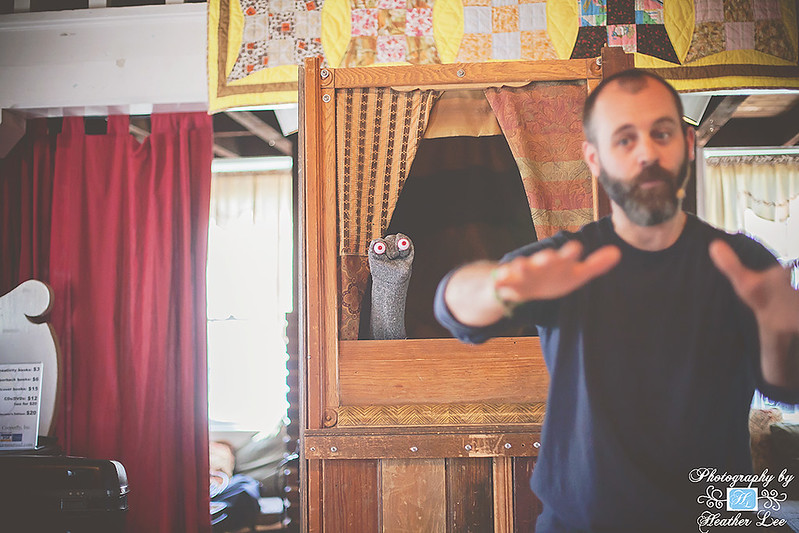 Who is Kevin?Kevin loves to perform, write, draw, sing, make things, and wonder about possibilities. He is an award-winning artist, performer, and children’s author of many books and CDs who loves to collaborate with other artists.Each year, Kevin brings his creativity and love of performing, writing, art, music, and reading to elementary schools, libraries, festivals, and conferences all over the state of Michigan and beyond. He performs regularly in Michigan, often throughout the Midwest, and has been as far as Canada, Hawaii, and Japan. His programs are dynamic, age appropriate, educational, and simply down right fun. Through puppetry, music, poetry, audience participation, multimedia, and humor, Kevin captivates people of all ages. Since the start of his career, Kevin has visited well over 1,000 elementary schools and offers many various presentations and shows.Kevin has been a full time presenter/performer, artist, and children’s author since 1999, after graduating from Grand Valley State University in 1998 with a degree in Film and Video Production.  He is the author and illustrator of The Tomato Collection and I Remember.  He is the co-author of This is a Square and A Curious Glimpse of Michigan (a 2006 Great Lakes’ Great Books award nominee), a contributing illustrator of How Much Wood Could a Woodchuck Chuck?, and the co-producer of the music CDs The Tomato Collection: the Big Album (a 2002 Children’s Music Web Award Winner), A Curious Glimpse of Michigan: the Music, and …and a Happy New Year  (a Mom’s Choice Awards® Gold Recipient and winner of three other national awards). His newest CD,The Monkeys Go Marching (Simple Songs You Can Play Around With) is a 2012 Parents’ Choice FunStuff Award Winner. In 2013, Kevin released his first “creativity book” called Can You Think It, Can You Dream It?In the fall of 2010, Kevin was a part of an ArtPrize entry called Plan B. Headed up by the Beerhorst family, a group of artists created an imaginative, multi-medium, interactive, educational environment created entirely out of repurposed materials.  Their efforts were rewarded with the 2010 Best Use of Urban Space Award.In the fall of 2011, Kevin performed 114 shows over the span of 19 days for his 2011 entry into ArtPrize. “Puppeteer-cum-endurance-performer Kevin Kammeraad could be found day after day on the grass outside the Children’s Museum kicking, wiggling, shaking, and singing with an excited crowd of children and parents. His energy was infectious. Playful and educational, I loved what The Kevin Kammeraad and Friends Puppet Theatre added to daily life in the neighborhood of Hillside,” said Nicole J. Caruth, a freelance writer and curator living in New York. She also selected Kevin’s piece as one of her top 9 picks out of 1,582 entries (not directly affiliated with ArtPrize). For more information on that ambitious adventure check out this page or Kevin’s entry at www.artprize.org.In the fall of 2012, Kevin along with Justin Haveman performed Variety of Puppet Vignettes in G-Major for their 2012 ArtPrize entry. With this entry, Kevin and Justin pursued creating a new indoor puppet theatre including a multi-media screen and the introduction of multiple characters.Most recently in the fall of 2013, Kevin and Justin performed eight hours a day for 19 consecutive days at ArtPrize 2013 with their entry Puppets and Pearl and Monroe.In addition to Kevin’s full touring schedule, he is currently performing regularly at Gymco’s Discovery Preschool and the Grand Rapids Children’s Museum. He is also one of the children’s music worship leaders at Madison Square Church.Kevin is a member of the Michigan Reading Association, the Society of Children’s Book Writers and Illustrators, the Detroit Puppeteers Guild, and the Puppeteers of America. His programs are included on the Michigan Elementary and Middle School Principals Association’s list of Recommended Assemblies.  Kevin grew up in Holland, Michigan and currently lives in Grand Rapids with his wife, son, daughter, cousin, a friend, two cats, and even two rats (they are quite cute in fact) in a home filled with books, music, recycle bins, homeschooling calendars, games, vegetarian recipes, toys, and tortilla chips.  To view Kevin’s books, click here, and music, here.
To see Kevin in action, click here. 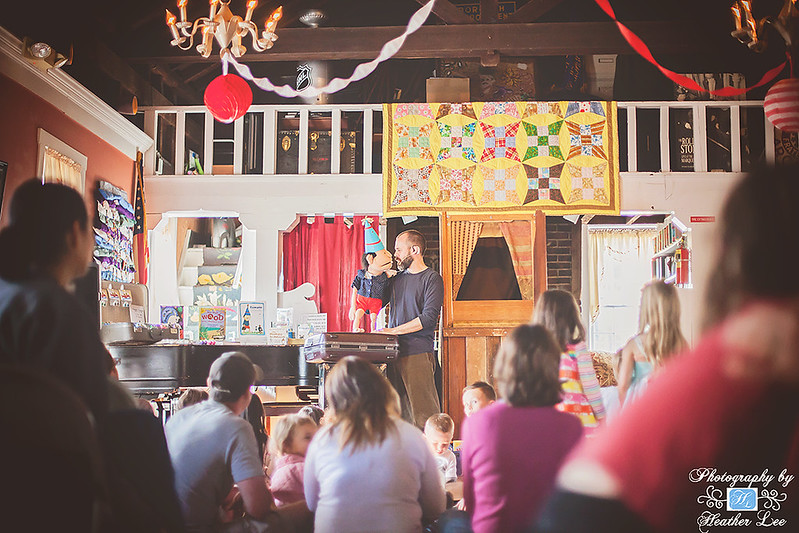 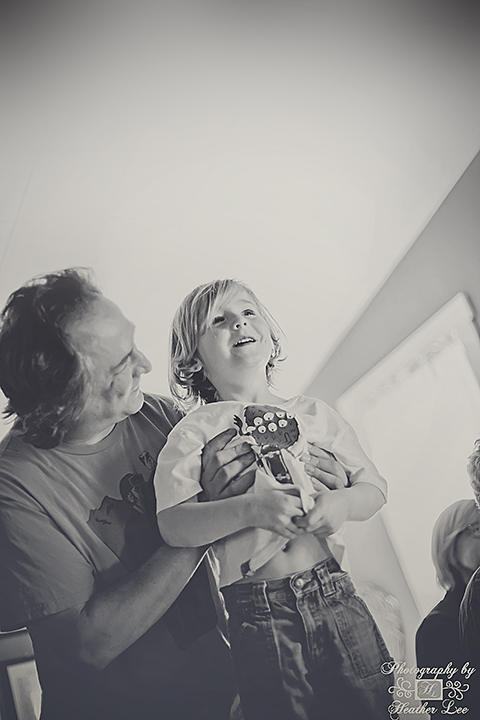 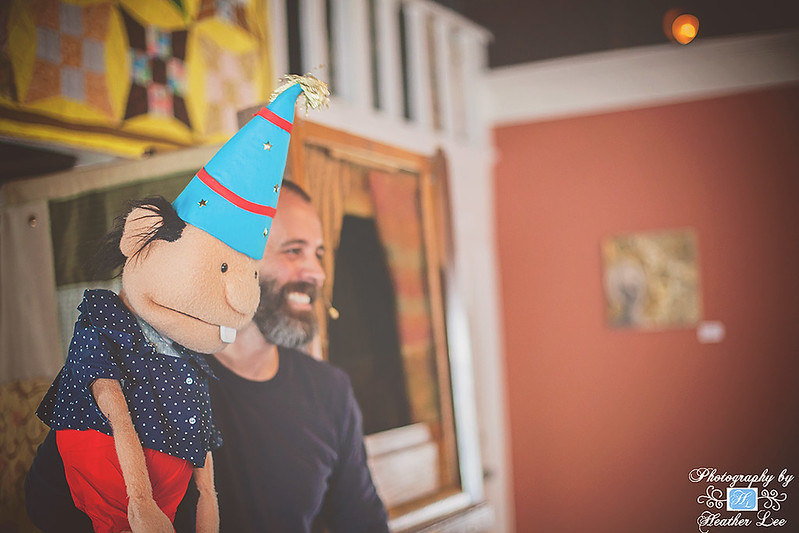 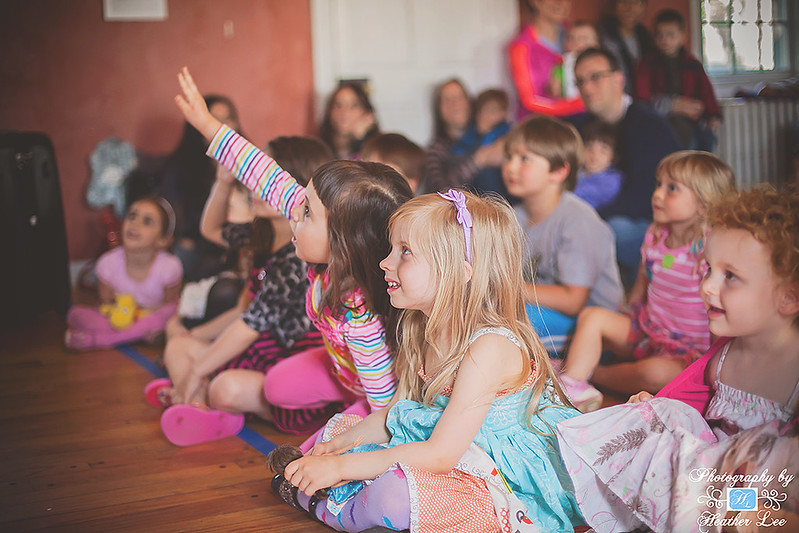 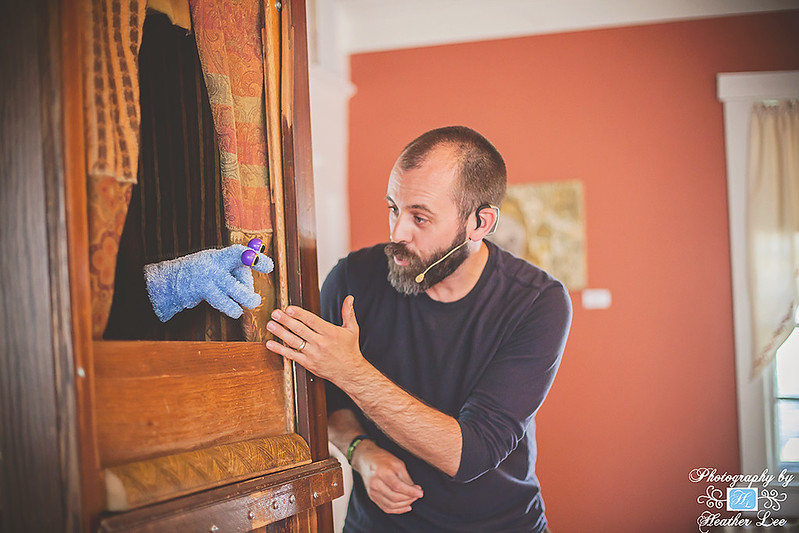 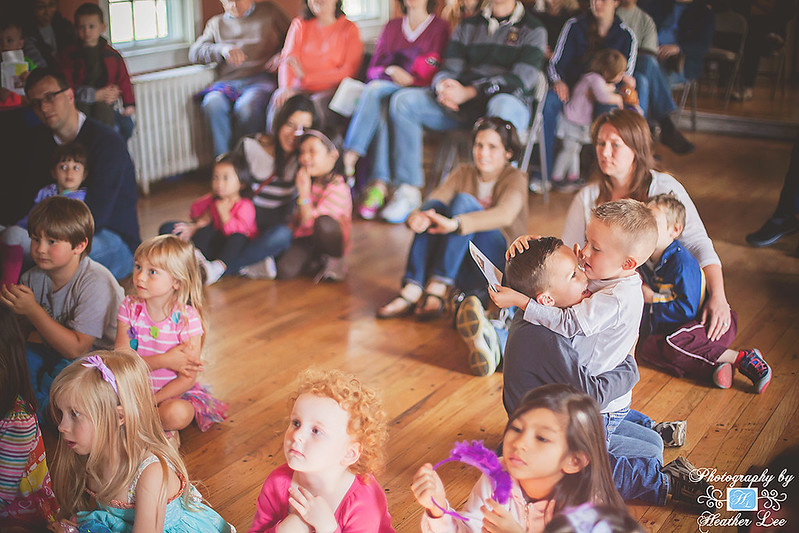 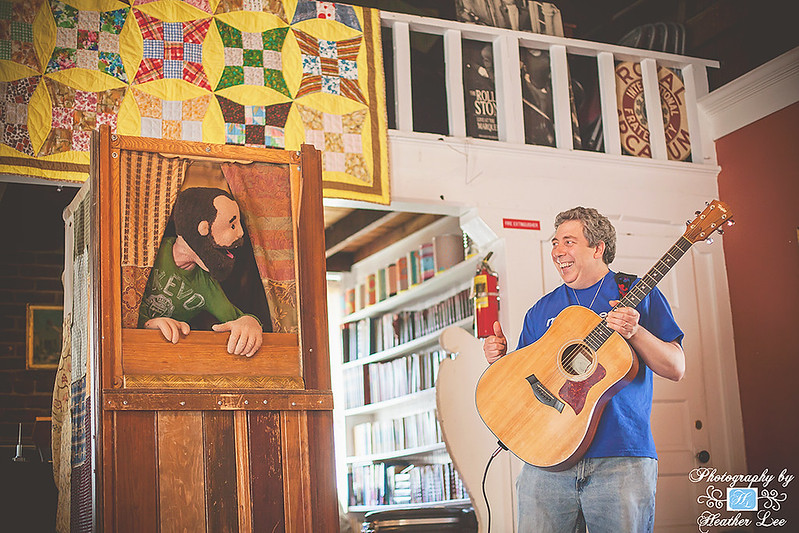 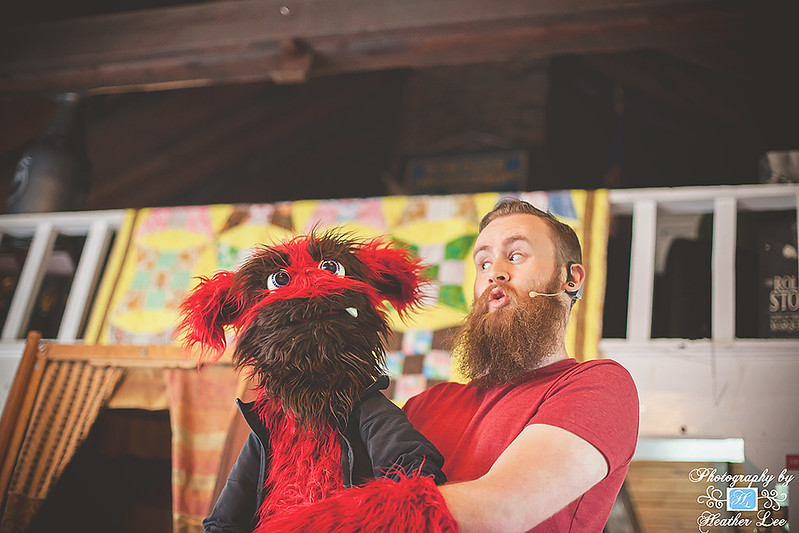 Justin Haveman!Justin is a new addition to the Cooperfly family.  He’s the road manager for the company and (counter to personal preferences), a paperwork monkey.   He is currently developing new possibilities for what two puppeteers can do in the show!  He was first seen at ArtPrize 2012 debuting performances as part of a “Variety of Puppet Vignettes in G Major.”  Visit the entry on the ArtPrize website. This summer, Justin and Kevin will be performing together once again for the summer library programs and at various festivals.  In general, Justin is bringing another creative mind into the mix of things!
Justin was born in Bangkok, Thailand and grew up between Holland and Zeeland, Michigan.  He loved dismantling things and figuring out how they worked and had childhood aspirations to become an inventor.
Justin has had various positions working in the West Michigan community, from enjoying the world of craft brewing as a tour guide (and connoisseur) for a West Michigan micro-brewery, to managing the warehouse of eWaste Not Want Not, a computer/electronic recycling facility, to helping his family start up an organic farm in Zeeland, Michigan. Check out CJ Veggies.
In 2010 Justin graduated from Michigan State University with a Bachelors of Science focused in History, Philosophy, and Sociology of Science and with specializations in Cognitive Science and Connected Learning. (Go Bailey Scholars!) Justin then moved back to his hometown until he realized just how close and great Grand Rapids was and is.  In early 2012 he moved in with Kevin and his family and began working as part of Cooperfly shortly thereafter. (Kevin and Justin are cousins so it really is the Cooperfly family.) Justin is enjoying residing in Grand Rapids with them, fulfilling the purpose of a home, with six others and several members of the animal kingdom. 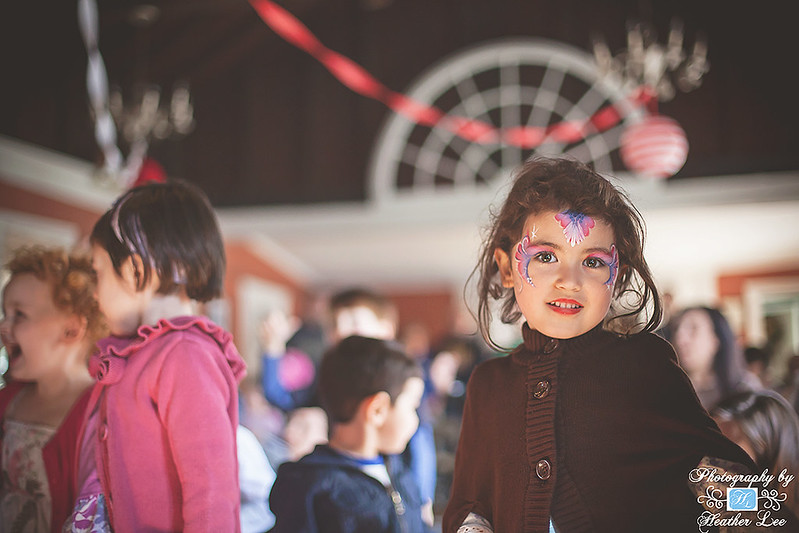 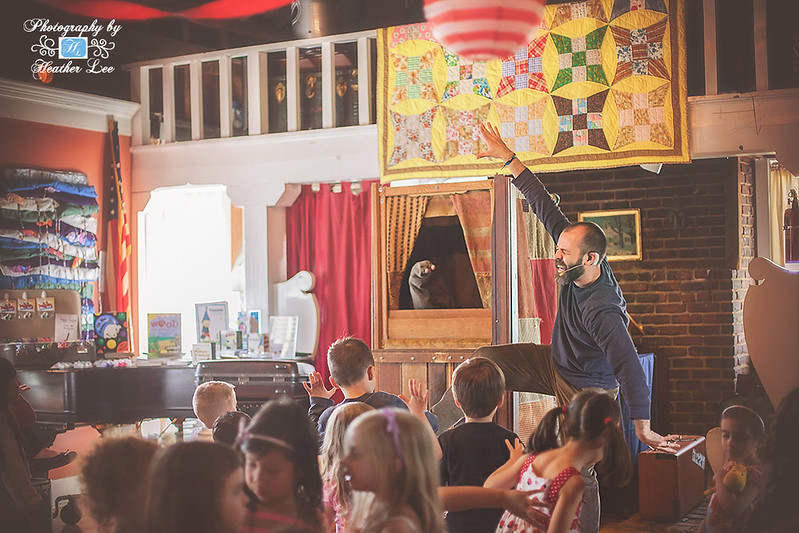 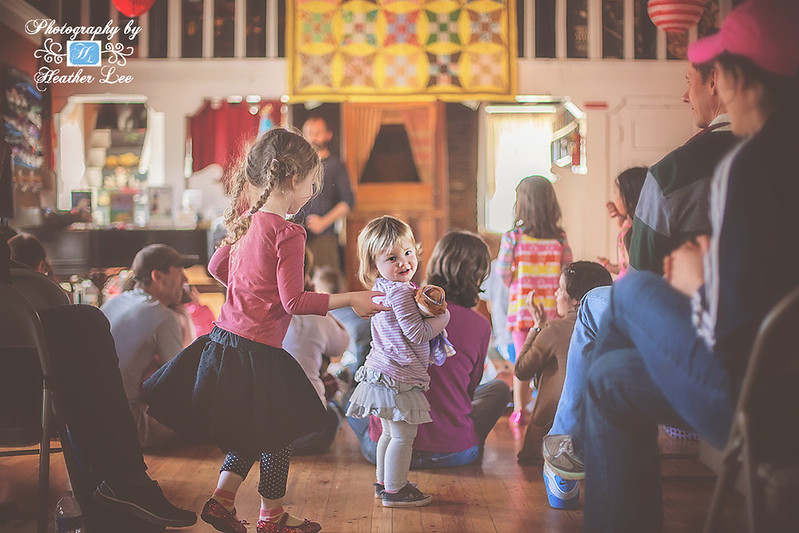