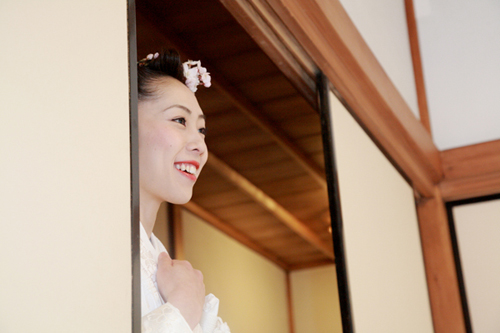 PHOTOGRAPHS FROM JAPAN
THE ROTUNDA GALLERY AT CITY HALL, METUCHEN
July 30, 2010 – September 29, 2010
Metuchen, NJ – From August through September, Metuchen photographer Kyo Morishima will be exhibiting Photographs from Japan at the Rotunda Gallery at City Hall in Metuchen, NJ. Including a range of portraits, landscape, and still life scenes from western and southern Japan, the exhibit offers central New Jersey a window into everyday Japanese life. The opening reception will be held from 5:30 to 8:30 pm on Friday, August 13th, 2010.
Kyo Morishima, a New Jersey photographer who specializes in weddings, portraits, and events, emigrated to the United States from Japan in the early 90s and has lived in Metuchen since 2007. Inspired by Robert Frank and the Magnum group of documentary photographers, Morishima is known for his empathetic street photography. He photographed the images in Photographs from Japan over several trips back to his hometown over the past five years.
“After having lived in the United States for many years, I can appreciate Japanese culture in a new way,” Morishima explains. “Little by little, each time I return home, I learn new things about my country and myself. My photographs reflect some of this deepening understanding, which I am excited to share with visitors to the Rotunda Gallery.”
Photographs from Japan includes photographs of marketplace arcades, hulking ferries, rustic pottery, cats on promenade, traditional ricepaper interiors and other vignettes that show how a distinctive, centuries-old aesthetic continues to influence contemporary life in Japan.
After graduating with a B.F.A. from the Corcoran Gallery of Art in 2001, Morishima moved to New York City, where he assisted documentary and fashion photographers such as Mary Ellen Mark and Deborah Turbeville and learned the wedding photography business at high end studios in Manhattan. Morishima then founded his own wedding and portrait photography business, Kyo Morishima Photography (http://www.kyomorishima.com). Weddings and portraits keep him busy, but Morishima makes time for street photography and personal projects throughout the year.
Metuchen residents, media, and the general public are invited to an opening reception on Friday, August 13th, from 5:30 to 8:30 pm. Please RSVP by August 11th to janna@kyomorishima.com.
Photographs from Japan is made possible by the Cultural Arts Commission of the Borough of Metuchen. The Rotunda Gallery is a public gallery space in Metuchen City Hall, created to invite the arts into the everyday life of the Borough in a concrete way. The Gallery is managed by director Michael Bransfield.
For further information about Photographs from Japan or Kyo Morishima Photography, please contact Janna Morishima at (917) 250-6202 or janna@kyomorishima.com, or visit http://www.kyomorishima.com.