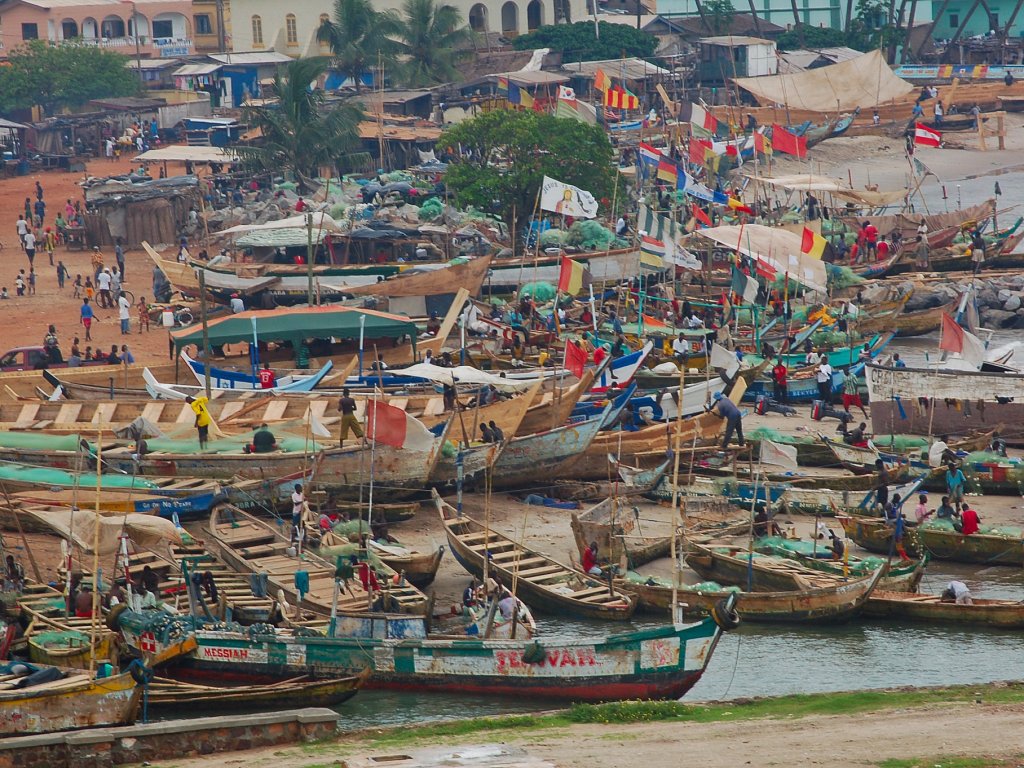 Slavery. We thought it was a 19th century issue. Although the Thirteenth Amendment made slavery illegal in the United States, s;avery, in its many forms, still occurs in almost every country in the world, including the United States.
In the impoverished country of Ghana on the west coast of Africa, thousands of children live their lives in a forced labor system. According to the U.S. State Department Trafficking in Persons Report released in June 2009, at least 30,000 children are believed to be working as porters in Accra, the capital of Ghana. Further north of Accra, Lake Volta, the largest man made lake in the world, houses another form of child slavery.
They are called ‘Fishing Village’. They’re mostly boys whose parents sold them to fishermen who are essentially slave masters. The fishermen promise the parents that their children will be well fed and that they will learn a trade. The boys are forced to work on a fishing boat for 20 hours a day. The children receive no education, are given one meal a day, if that, and often die from the hazards of their work from untreated medical issues.
Because Lake Volta is a man-made lake, created when a dam was built, there are many trees underwater that often get caught in the fishing nets. The child slaves must dive into the water to free the net. They often get caught in the net themselves and drown. Others have lost eyes from tree branches. Hundred of children have died as a direct result of this forced labor.
Thirty six high school students from Metuchen High School, part of the Political Institute class, have decided to take matters into their own hands. Inspired by the ‘Breaking the Chain’ project created by the Political Institute class in 2006, continued every year since then, these students have begun a new project with a lofty goal. The class has elected to build a school in Ghana to provide children who would be sold into slavery with an education instead. This new project is hitting the ground running. Already, a 5K, a concert, a dinner, a movie, and a theater production are being planned to benefit the cause. Even more events are planned as the year goes on.
I recently got a chance to sit down with Eric Peasah, a representative from the International Organization of Migration who is assisting in the planning and building of this school. He spoke about a global village. He said that “whatever happens in a small place like Ghana can affect the US” in ways that we may not foresee. It is true that a large portion of human trafficking in the United States originates in other countries. Women and children are coerced into crossing the border onto the US where only slavery await them.
Eric is working with the fishermen to negotiate the release of their slaves, to teach the fishermen new trades, and to offer government assistance for them to be able to fish without the help of children. The Political Institute class is working with Eric to build a school to educate children that have been released from slavery, children that would otherwise be at risk to be entered into slavery, and hopefully, some of the children who are currently slaves.
This article first appeared in the Winter 2009 issue of The Bulldog’s Bark, Metuchen High School’s student newspaper.
ABOUT BULLDOG’S BARK
Published four times a year, it reflects the efforts and interests of MHS students who commit to the demands of writing for a school publication. Students who can consistently produce articles and meet specific deadlines are encouraged to consult with other student staff members and compose journalistic pieces such as news and sports stories, entertainment reviews, editorials, and human interest stories. Student art work, illustrations, and photography are also enthusiastically supported.